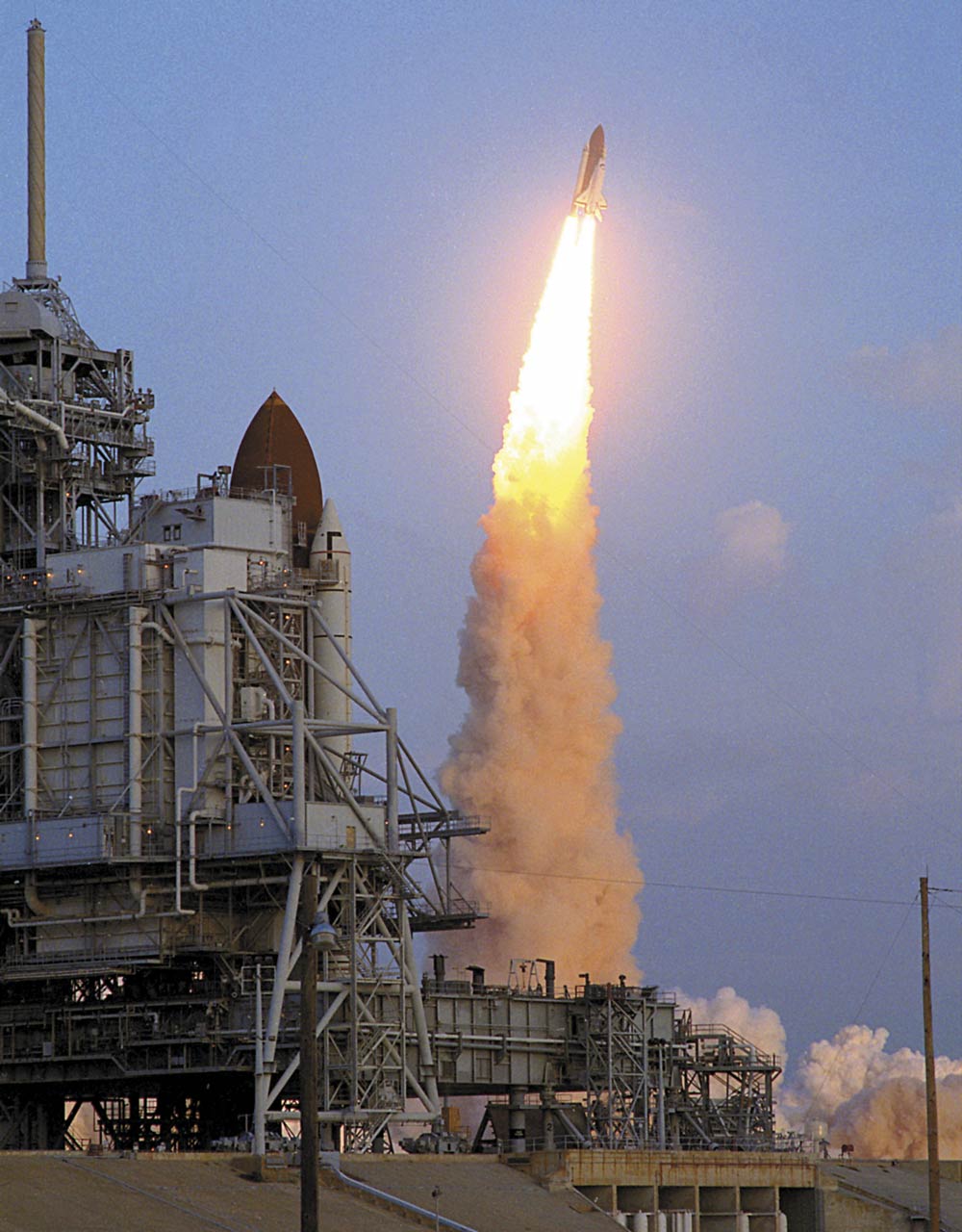 Musical Shuttles  A combination of equipment malfunctions, pre-flight tests, and bad weather caused something of a space shuttle ballet as three separate missions (STS-35, STS-41, and STS-38) jockeyed for position during the fall of 1990. The space shuttle Discovery (STS-41), seen here, hurtled into space twenty-five years ago this week as sister ship Columbia (STS-35) stands by at Launch Pad 39A. Columbia was then moved to the vacated pad 39B where it underwent testing to pinpoint the source of a liquid hydrogen leak, while Atlantis (STS-38) moved to Pad 39A for pre-launch processing. Discovery carried a crew of five on a four-day mission that saw the deployment of Ulysses, a solar-observing spacecraft, decommissioned in 2009, that traveled in a polar orbit that stretched out beyond Jupiter.