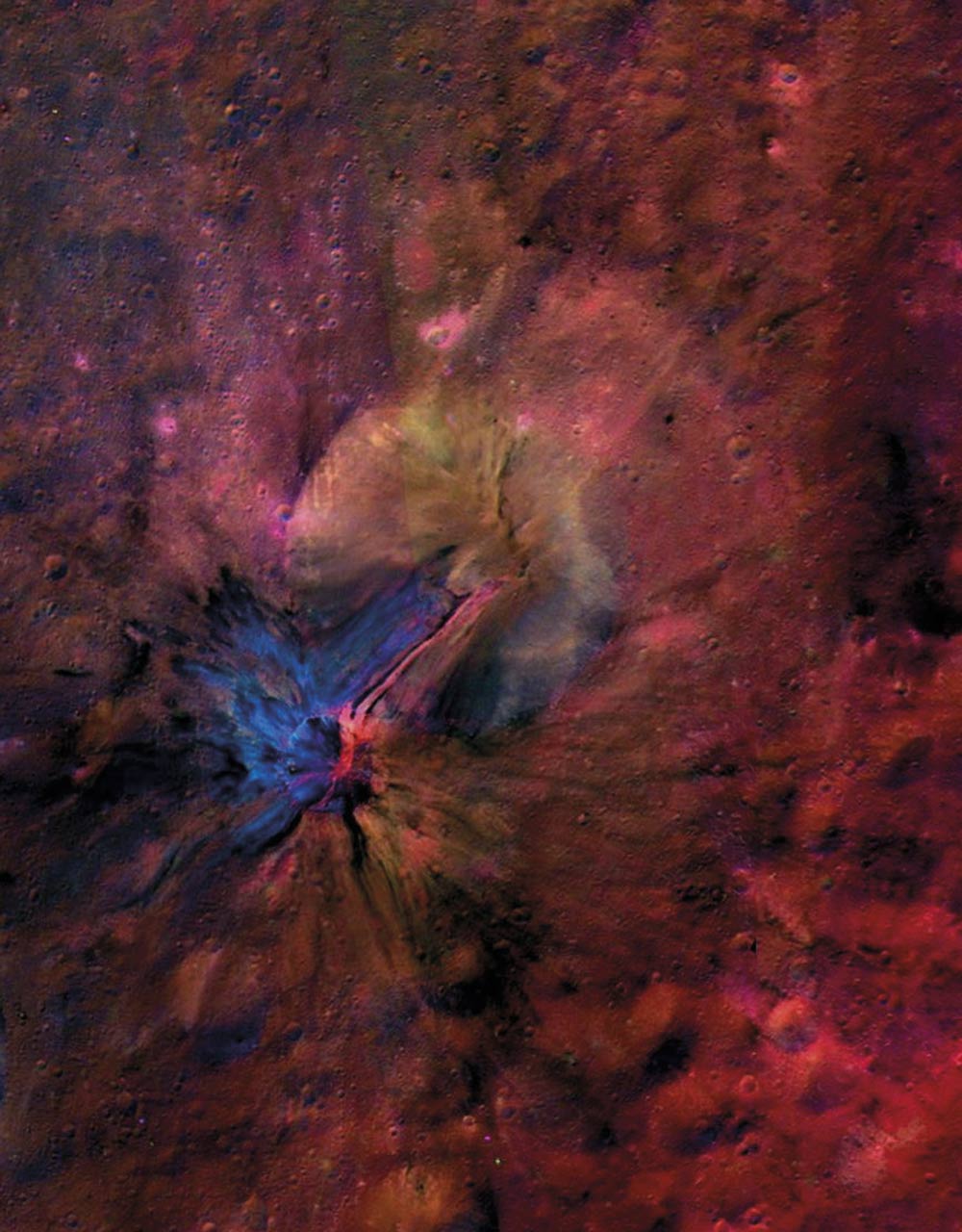 Crash Flow Problem  This image from the Dawn spacecraft shows a puzzling flow of material inside and outside the crater Aelia on the asteroid Vesta. To the naked eye, these flow structures would not be seen, but here they stand out in blue and red. The crater has a diameter of 4.3 km (2.7 mi). The exact origin of the flow structures is unknown, but one theory is that the impact that produced the crater could have created liquid material with different minerals than the surroundings. The image was created by assigning ratios of color information collected from several color filters in visible light and near-infrared light to maximize subtle differences in lithology (the physical characteristics of rock units, such as color, texture and composition). The color scheme pays special attention to the iron-rich mineral pyroxene