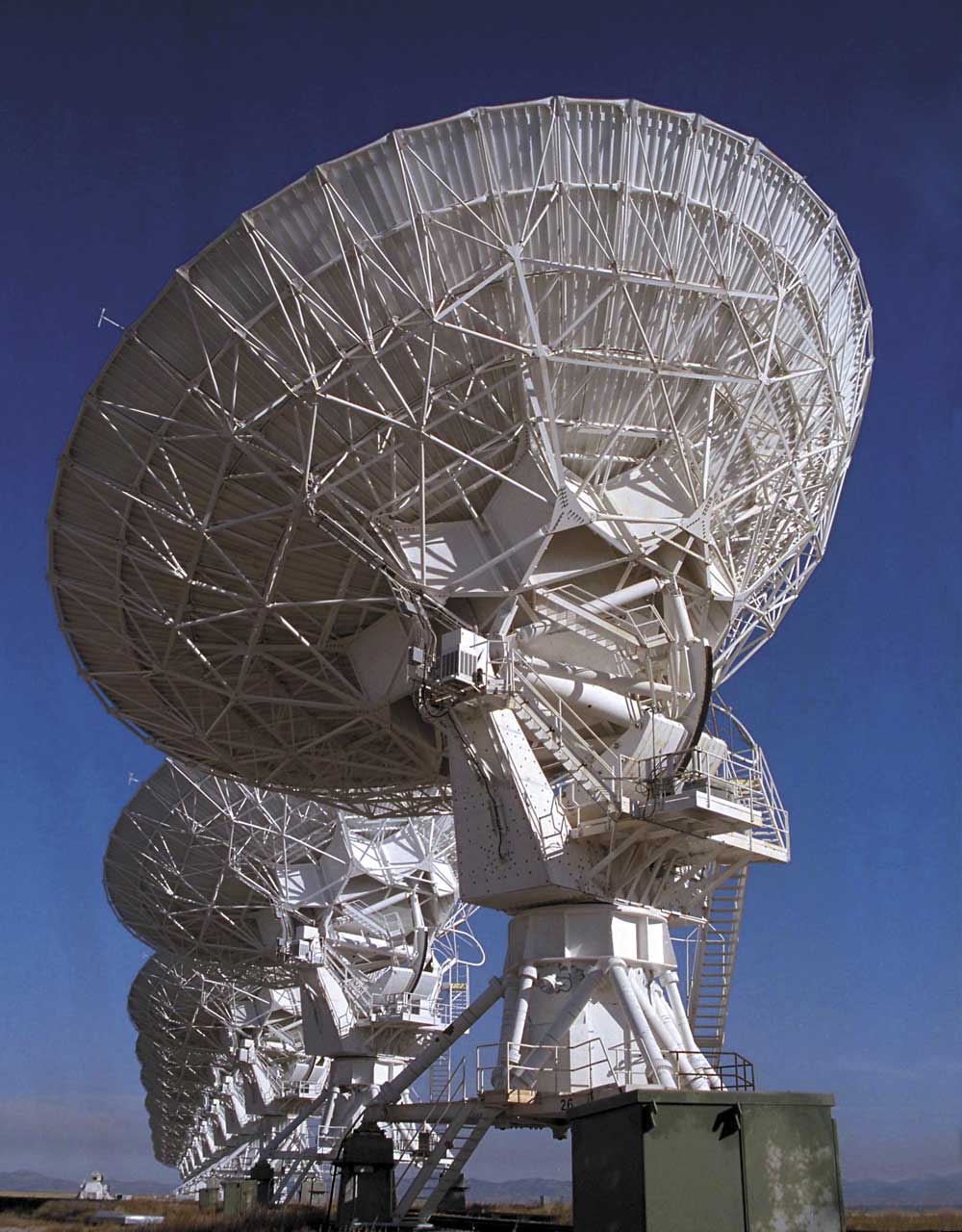 Tuning in Radio Astronomy  In the 1930s, Karl Jansky, a Bell Labs physicist, tried to identify the sources of static that might foul transatlantic radio telephone service. He built a large rotating antenna (it moved on Model-T Ford tires) and identified static caused by thunderstorms, as well as a mysterious, faint, steady hiss that moved in synch with the stars. Jansky concluded the hiss was not caused by the Sun, but rather by radio emissions from ionized gas at our galaxy’s core. Jansky, born 110 years ago this week, was the first person to detect radio waves from space. Today, radio telescopes provide an essential view of the universe. The Karl Jansky Very Large Array in New Mexico, shown here, is a collection of twenty-seven radio antennae, each 25 m (85 ft) in diameter. It was featured in the 1997 movie “Contact.”