January 4, 2016 - Galaxies Swim in the Ghostly Light of Castaway Stars 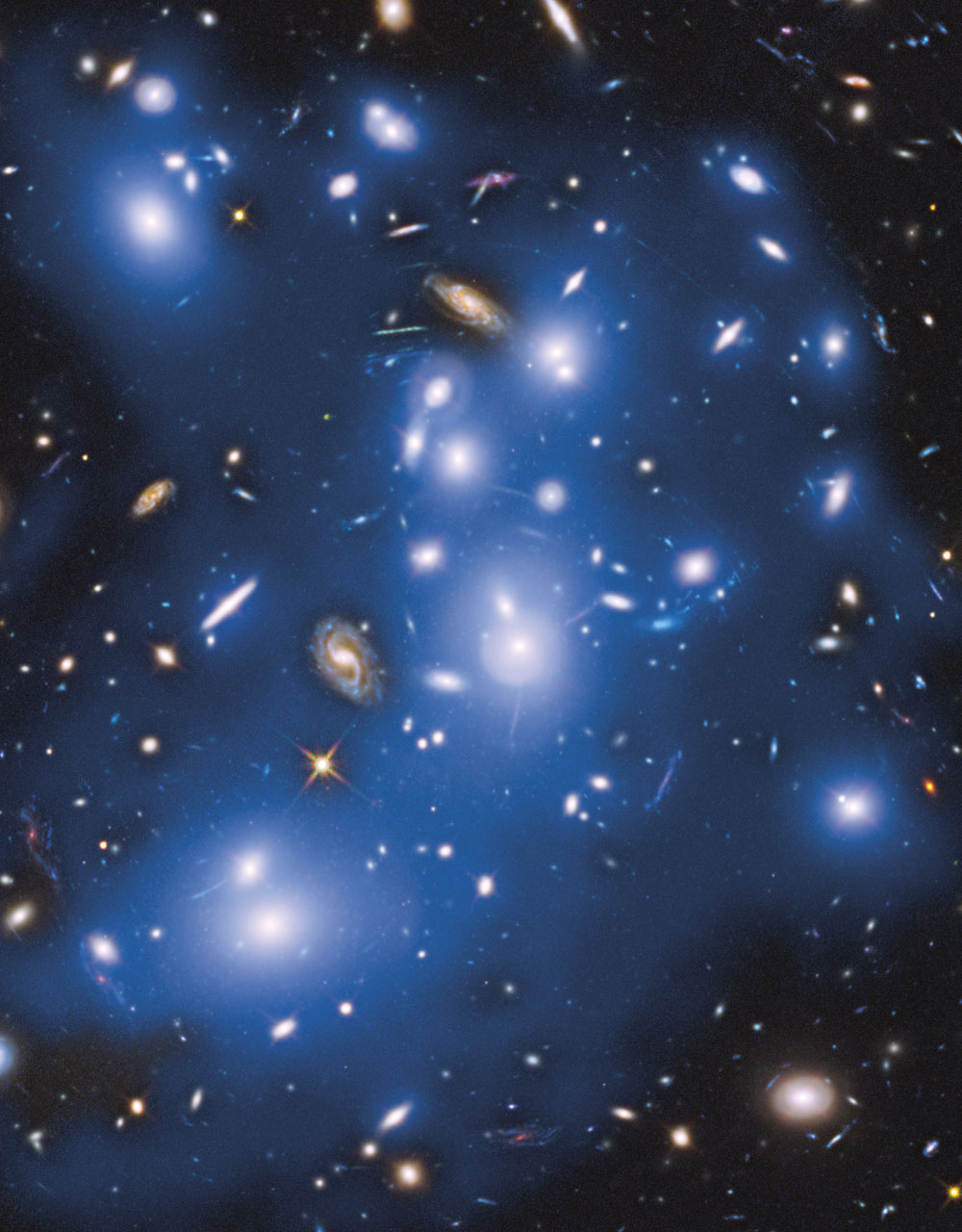 Galaxies Swim in the Ghostly Light of Castaway Stars  An enormous cluster of colliding galaxies four billion light-years away is surrounded by the faint glow of stars that have been torn from their home galaxies in this near-infrared image acquired by the Hubble Space Telescope as part of the Frontier Fields program. The galaxy cluster is called Abell 2744—also known as Pandora’s Cluster—and contains 500 galaxies which together have the equivalent mass of four trillion Suns. Powerful gravitational forces within the cluster are thought to have ripped apart six Milky Way-sized galaxies over the course of six billion years, scattering orphaned stars across intergalactic space. Their dim light is visible to Hubble in near-infrared wavelengths, colored blue in the view above.