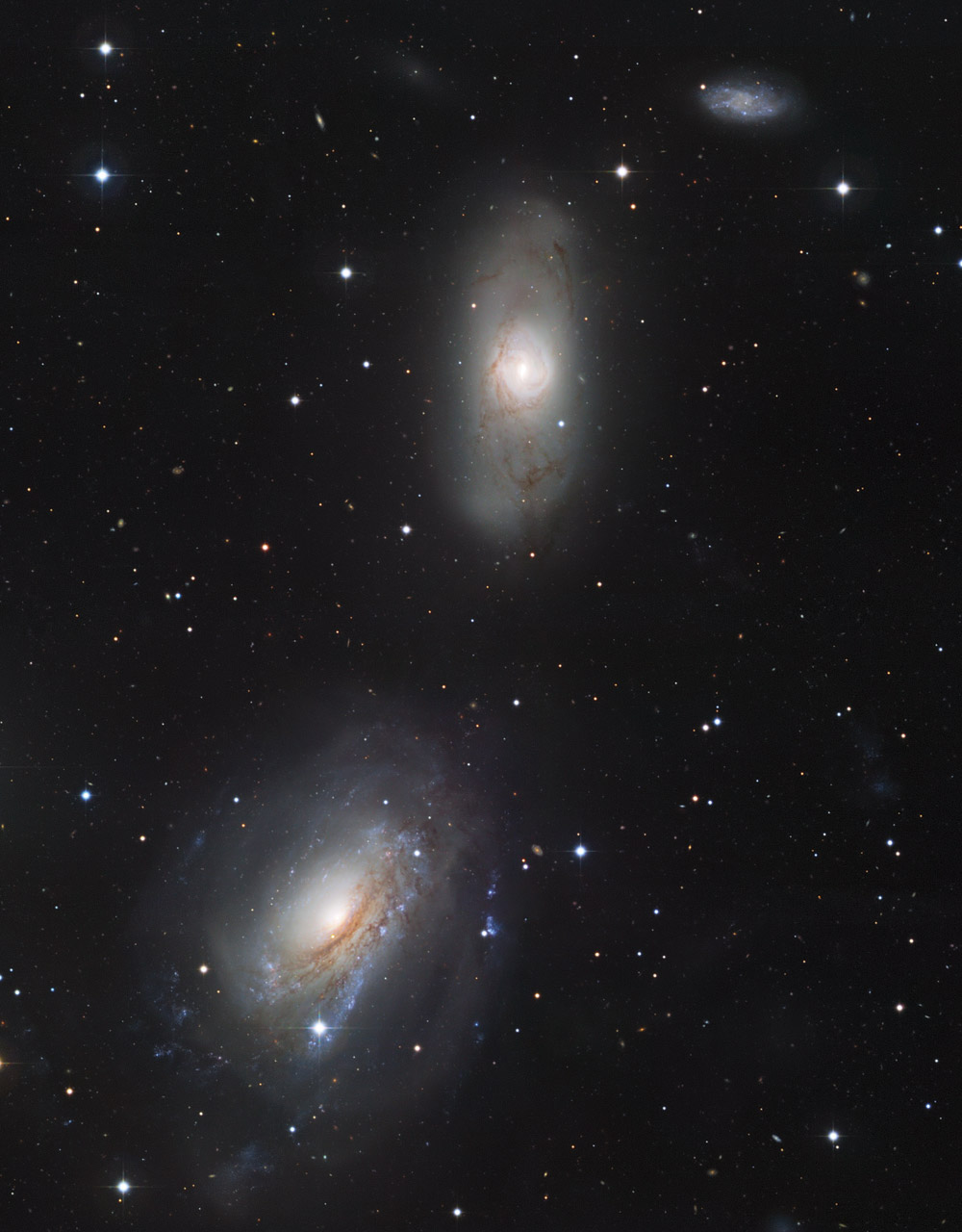 Mutual Attraction on a Galactic Scale  These two galaxies really have a hold on each other—gravitationally speaking, that is. The neighboring galaxies NGC 3166 (top) and NGC 3169 (bottom) are close enough to have a gravitational pull on each other that’s stretching and shredding their star and dust lanes apart. The galaxies are steadily moving closer together and will eventually merge entirely. These galactic partners are located comparatively nearby—a mere 70 million light-years away within the southern constellation Sextans. A relatively “new” constellation, Sextans was named in 1687 by the Polish astronomer Johannes Hevelius, who was born 405 years ago this week. Hevelius discovered four comets, identified the Moon’s libration (sideways wobble), and spent years charting the lunar surface.