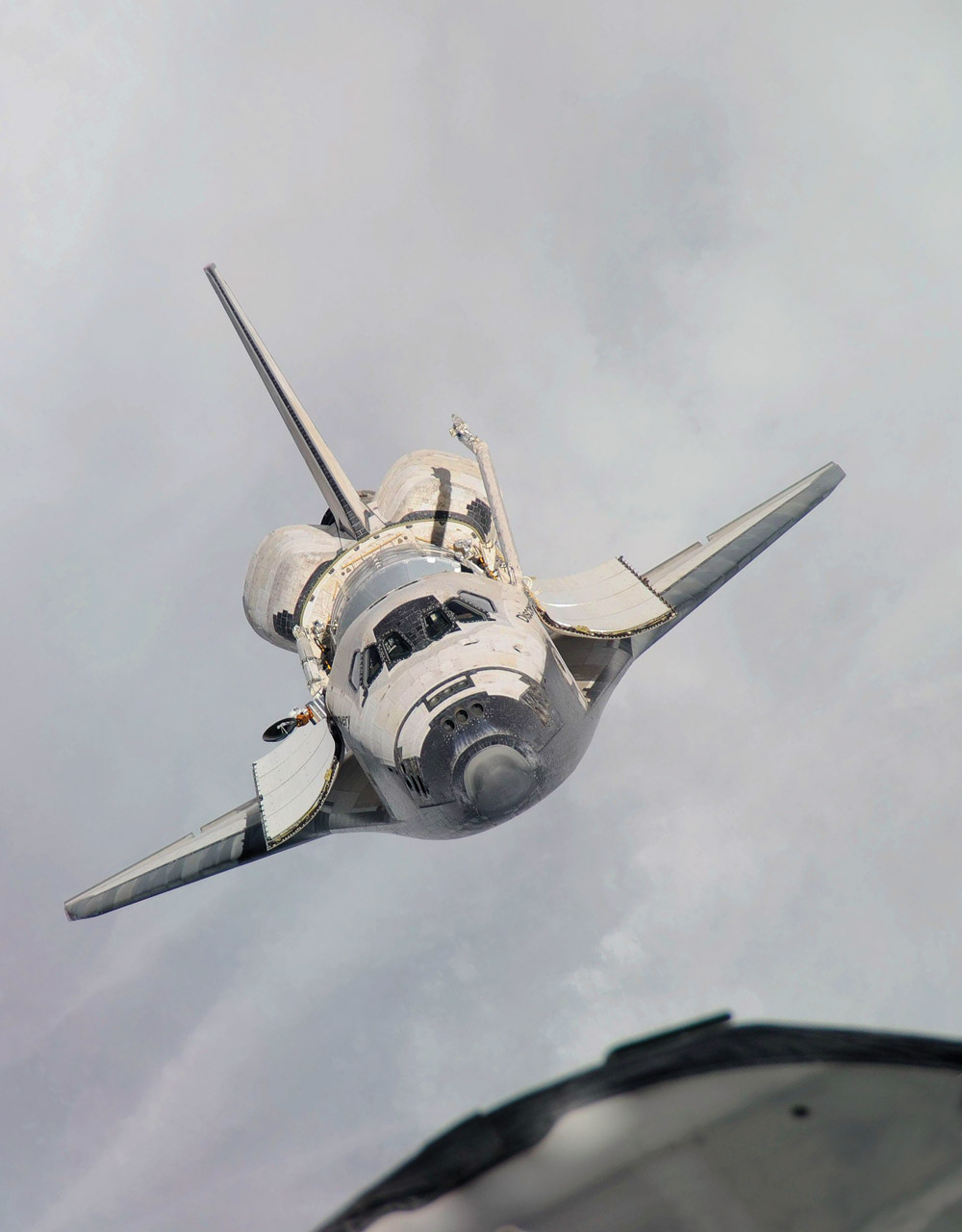 Discovery’s Final Flight Launched on the STS-133 mission five years ago this week, the Discovery orbiter is seen on approach to the International Space Station in a photo captured by an Expedition 26 crew member. Discovery’s payload bay doors are open and a portion of the Permanent Multipurpose Module (PMM) Leonardo is visible inside. Discovery transported Leonardo to the ISS for the eighth time during STS-133 when it was installed as a permanent addition, providing 70 cubic meters (2,472 cubic feet) of storage space. STS-133 was the thirty-fifth shuttle mission to the ISS as well as the final flight of Discovery. First flown in 1984 on the STS-41D mission, Discovery completed thirty-nine missions, including thirteen to the ISS, and orbited earth 5,830 times during its 365 days in space.