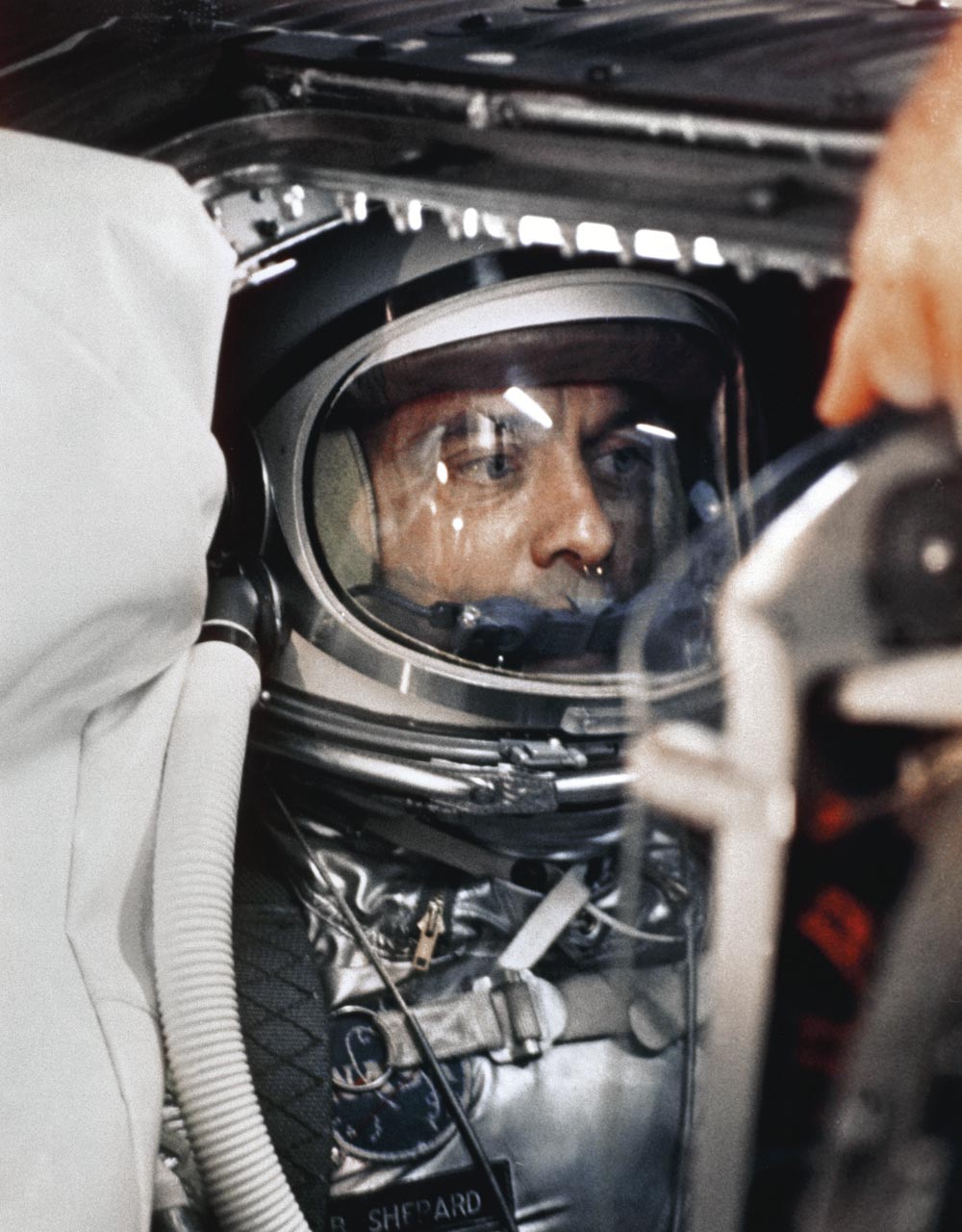 Light This Candle  One of the original “Mercury Seven” astronauts, Alan B. Shepard, Jr. is seen here suited up inside the Freedom 7 capsule awaiting liftoff. After four hours of delays (and a demand by the impatient Shepard to “fix your little problem and light this candle”), the Redstone booster rocket ignited, launching the first American into space. Shepard’s suborbital flight, which took place fifty-five years ago this week, lasted fifteen minutes and reached an altitude of over 186 km (116 mi) before splashing down in the Atlantic. Born in New Hampshire in 1923, Shepard served in the U.S. Navy during World War II and became a test pilot. After his historic spaceflight Shepard was grounded due to an inner ear disorder, but eventually flew into space one more time—as commander of the Apollo 14 lunar landing mission.