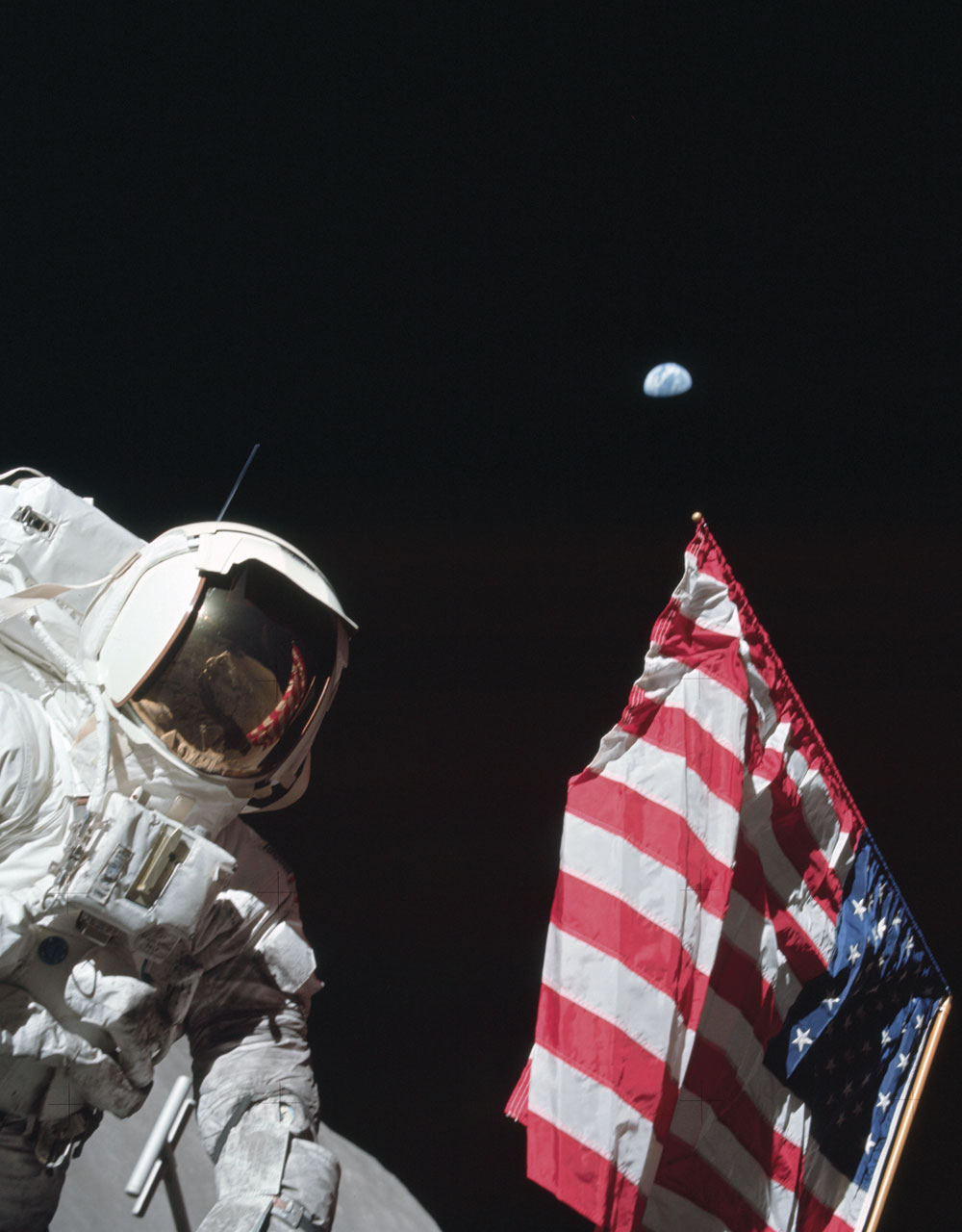 A Committed World  Fifty-five years ago this week, President John F. Kennedy delivered an address to a Joint Session of Congress in which he stated that America “should commit itself to achieving the goal, before the decade is out, of landing a man on the moon and returning him safely to the Earth.” Just eight years later, NASA landed two Apollo 11 astronauts on the Moon and returned them to Earth. Sadly, Kennedy never witnessed this feat, having been assassinated five years before even the first crewed Apollo flight, but the program that he put into motion continued until December 1972. Here we see Apollo 17 astronaut Harrison “Jack” Schmitt on the Moon next to the U.S. flag, the blue marble of Earth high overhead. It was one of the last moments that a human would stand on the lunar surface.