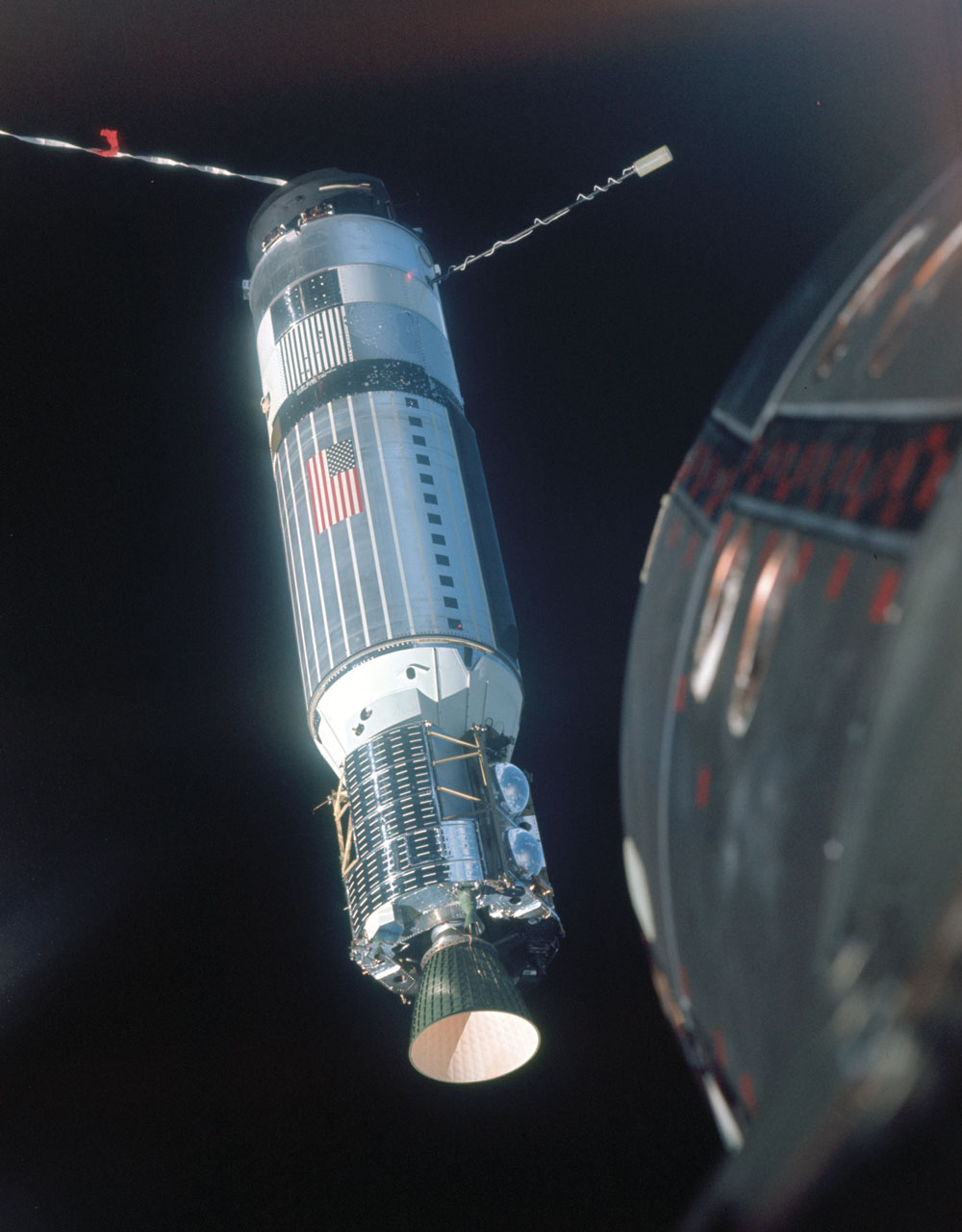 M Equals 1  Lifting off into a two-second launch window aboard a Titan II rocket fifty years ago this week, Gemini XI was the ninth crewed Gemini flight, sending astronauts Charles “Pete” Conrad and Dick Gordon into low-Earth orbit to perform a docking maneuver with an Agena target vehicle (seen above). This maneuver had been successfully performed by four previous Gemini teams, but Conrad and Gordon had the trickier objective of rendezvousing and docking with the drifting upper stage during their very first orbit—a scenario known as “M=1.” Practicing the skills that would eventually be needed to dock the Apollo lunar module and command module in lunar orbit, the astronauts successfully completed the M=1 maneuver eighty-five minutes after launch, and with plenty of propellant to spare.