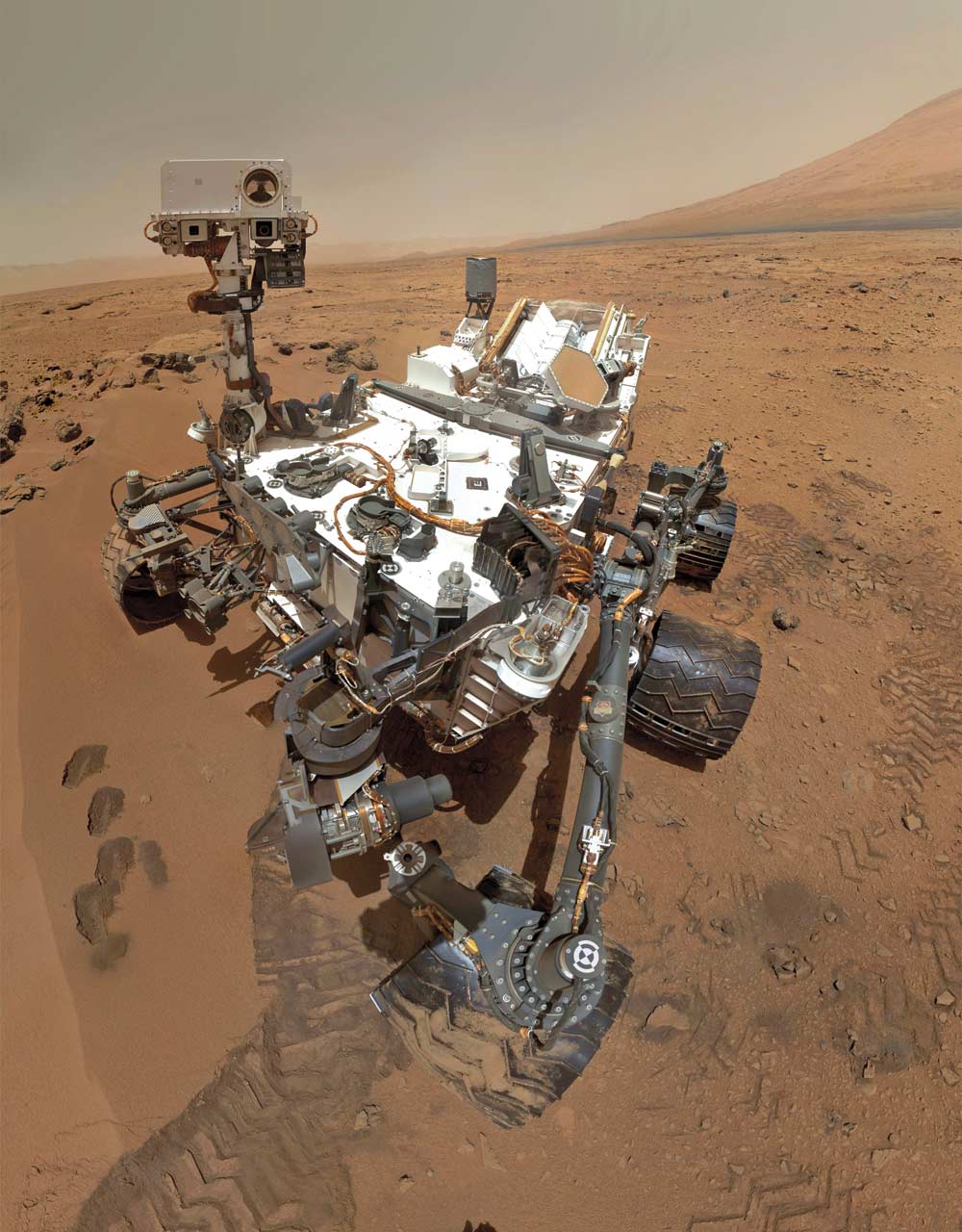 Curious About Curiosity’s Selfies?  Taken at the Rocknest dig site in Gale Crater in October 2012, this selfie is actually a mosaic of fifty-five images captured by NASA’s Curiosity rover, which left Earth five years ago this week. But how does a rover take a selfie? While the left and right Mastcam cameras are mounted on the rover’s head (looking very much like eyes), the Mars Hand Lens Imager (MAHLI) camera sits on a movable turret, alongside other tools, at the end of a robot arm. MAHLI can be positioned to look closely at a target on the ground, or held up high to take images looking back at the rover itself. After MAHLI snaps multiple pictures from different vantage points, the images are assembled into a final mosaic of the entire rover (minus the robot arm, turret mount, and MAHLI itself).