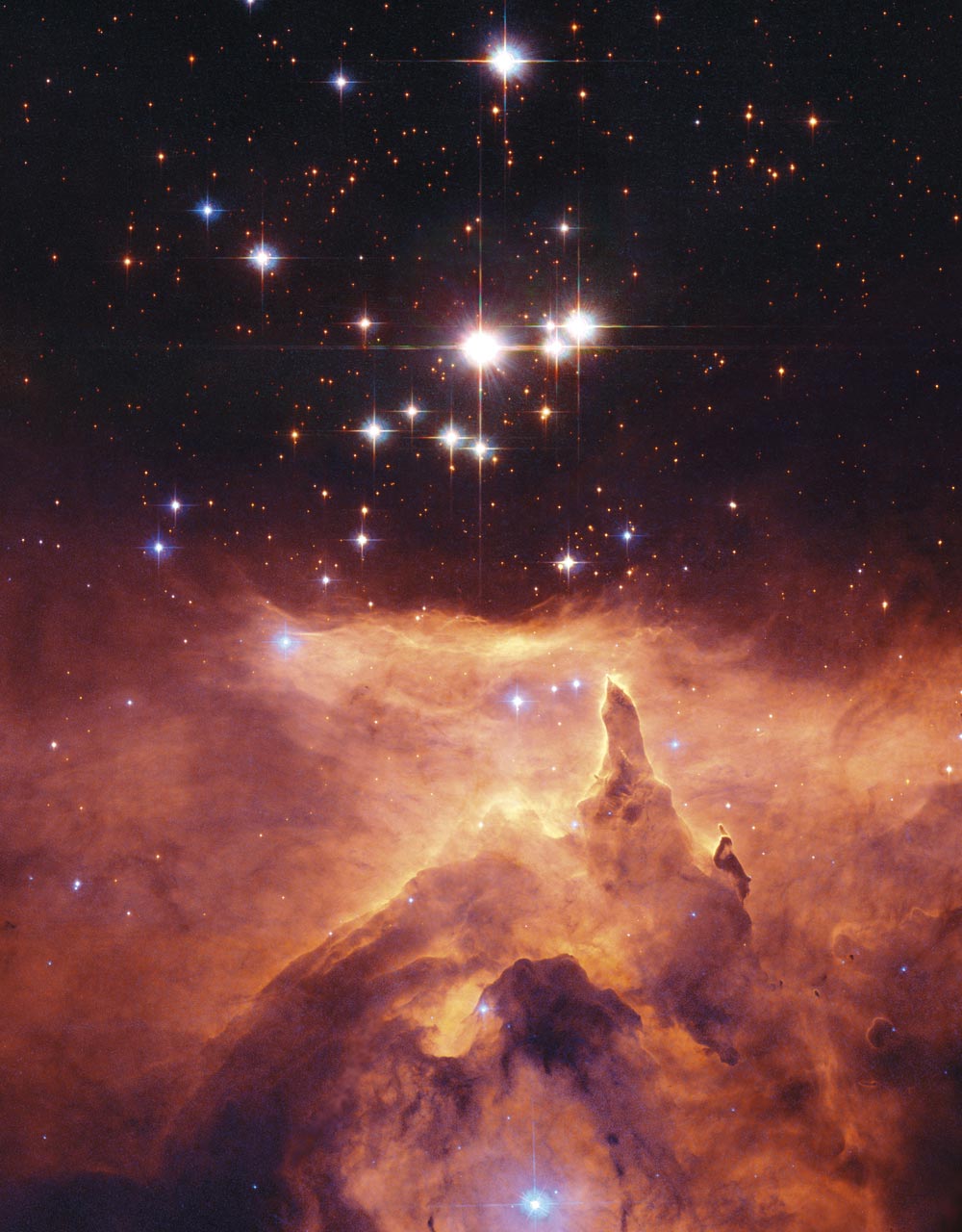 A Cosmic Crash Diet  Located about 8,000 light-years away within the constellation Scorpius is an emission nebula known as NGC 6357. It is a vast stellar nursery where some of the most massive stars ever discovered in our galaxy have recently been born. One of these, a stellar behemoth called Pismis 24-1 (seen here near the center of the image) was once thought to contain over 200 times the mass of our Sun. But more detailed observations with the Hubble Space Telescope cut the star’s supersized mass in half. Using the telescope’s Advanced Camera for Surveys, it was discovered that the brilliant light from Pismis 24-1 is in fact coming from two—if not three or more—separate stars. But although Pismis 24-1 may not be as big as we thought, each of its stars could still be a hefty 100 times as massive as the Sun.