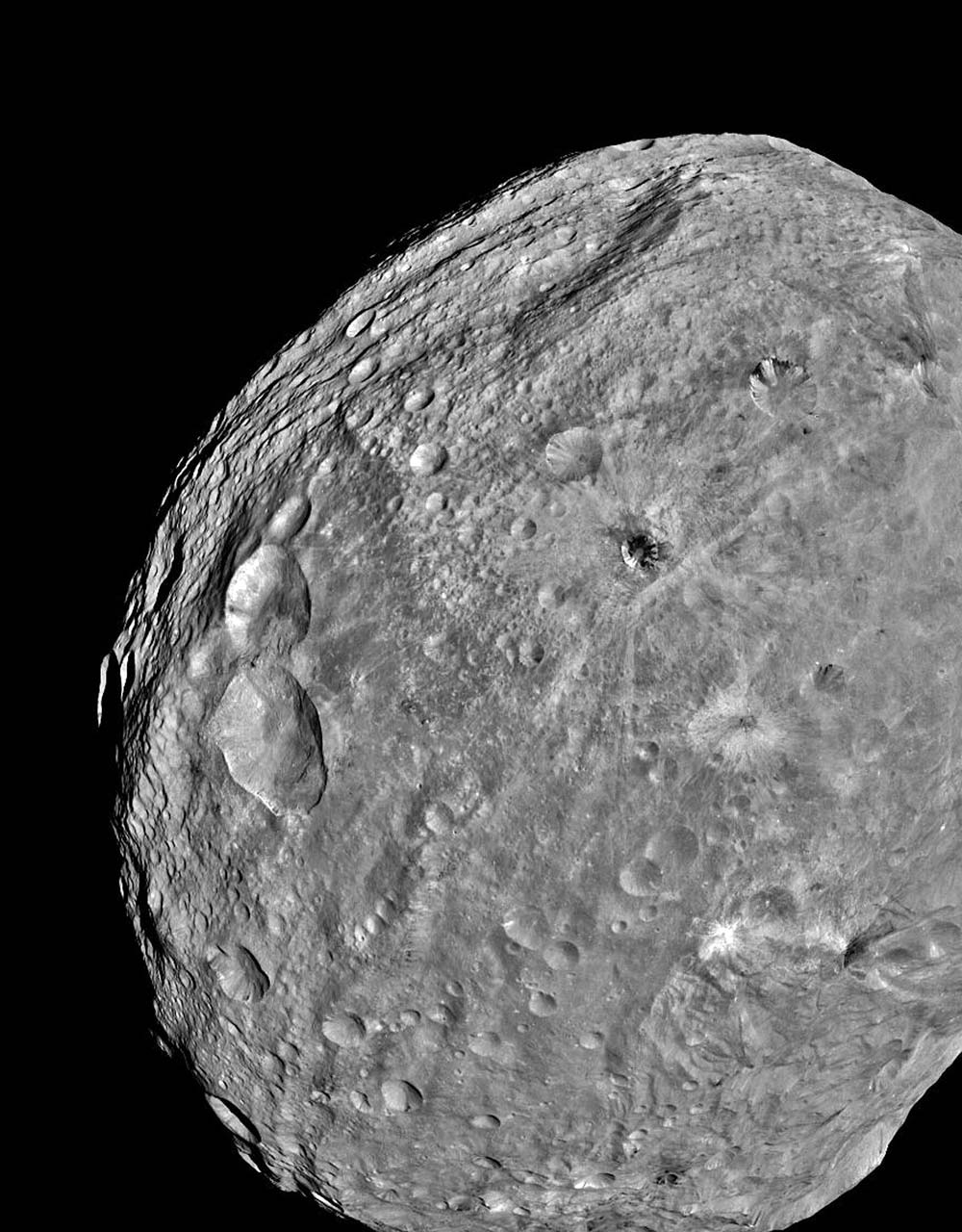 Doubling the Asteroids—Twice Two hundred fifteen years ago this week the number of known asteroids doubled—from one to two—when Heinrich Wilhelm Olbers, a physician and astronomer living near Bremen, Germany, discovered Pallas, a rocky body about 512 km (318 mi) in diameter, orbiting between Mars and Jupiter. Five years and one day later, Olbers again doubled the known asteroids, discovering the fourth, dwarf planet Vesta, seen in this image by the Dawn spacecraft. Since then, thousands of asteroids have been cataloged and an estimated 1-2 million asteroids larger than 1 km (0.6 mi) exist in an orbit between Mars and Jupiter. More than a dozen asteroids have been directly imaged by spacecraft, and the two largest (the dwarf planets Vesta and  Ceres) were orbited by Dawn.