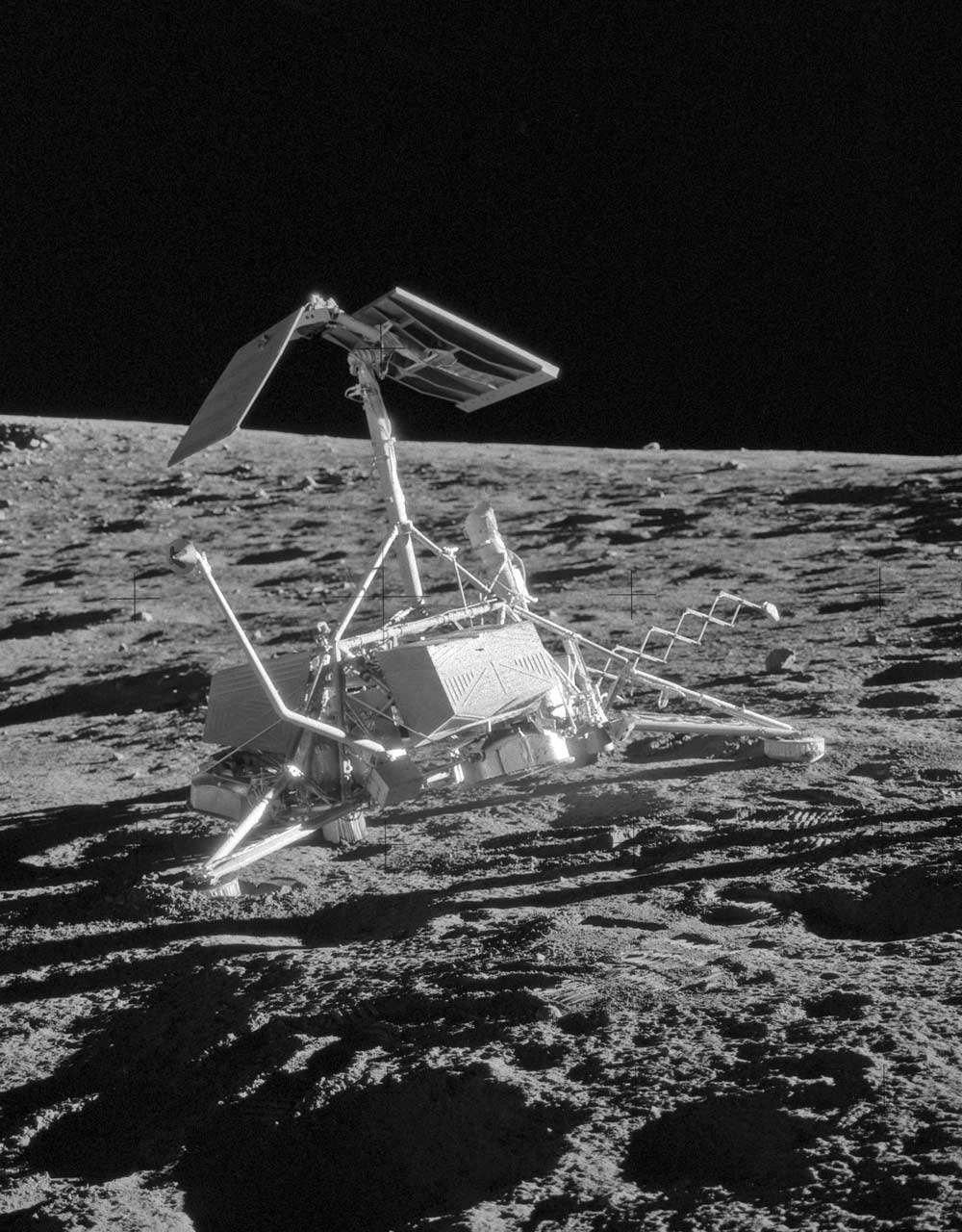 Lunar Hop, Skip, and Jump  Fifty years ago this week, the Surveyor 3 spacecraft became the fourth spacecraft to make a successful soft landing on the Moon (following on the heels of Luna 9, Surveyor 1, and Luna 13). During its descent, its landing engines failed to shut down as intended, causing the spacecraft to bounce twice before finally settling safely onto the surface. Surveyor 3 returned thousands of images of the Moon’s surface and was the first lunar probe to use an extendable sampling arm to manipulate the lunar soil. Two and a half years after it landed, Surveyor 3 was visited by the crew of Apollo 12, which landed a few hundred meters away. They photographed the spacecraft and returned some of its instruments to Earth to study how they were affected by a long stay on the lunar surface.