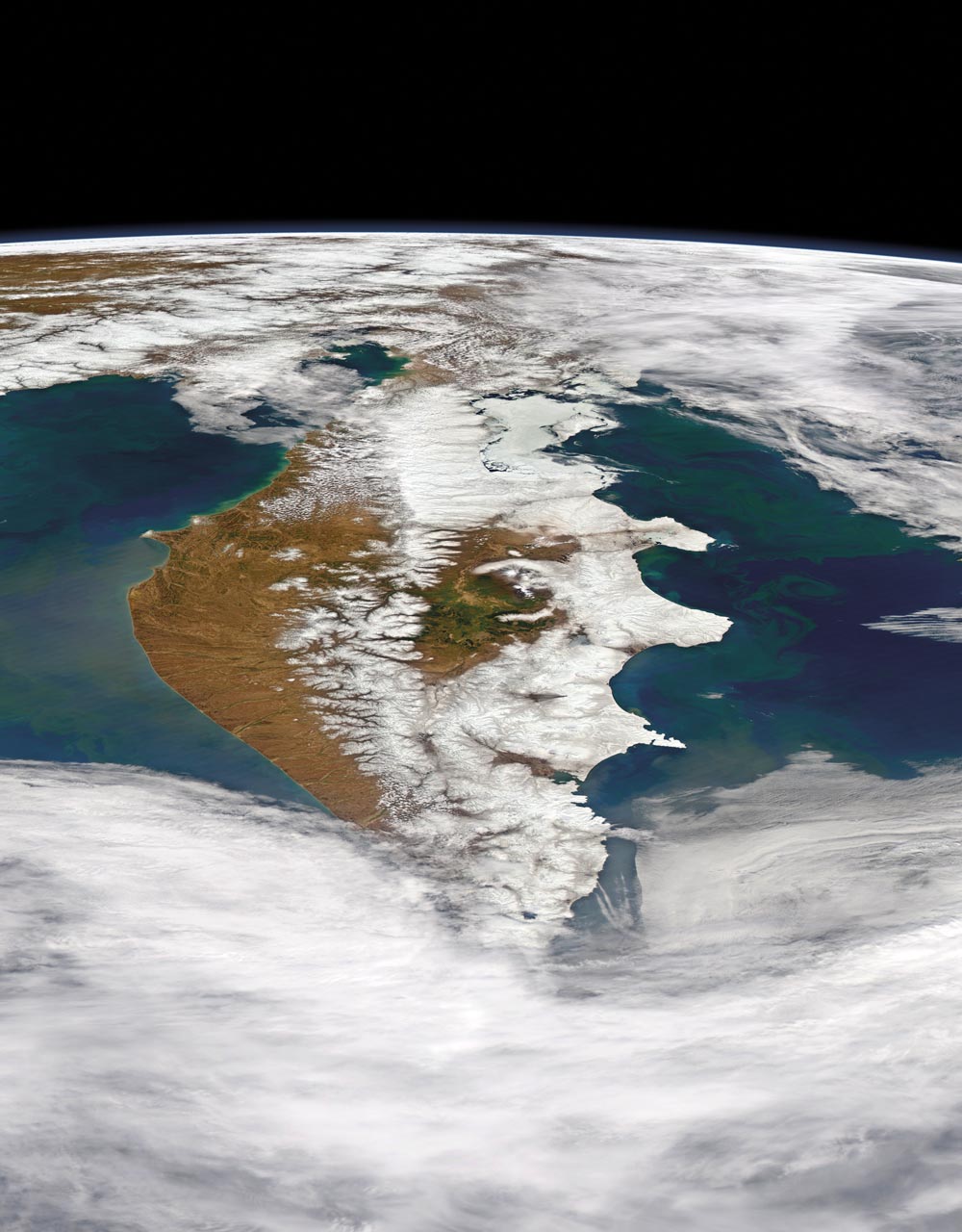 Aqua Spies Ocean Life  Aqua, the second satellite in NASA’s Earth Observation System, was launched fifteen years ago this week. Aqua studies Earth’s water cycle, including evaporation from the oceans, water vapor in the atmosphere, clouds, precipitation, dissolved organic matter in the oceans, and more. This Aqua image shows the Kamchatka Peninsula of far eastern Russia surrounded by massive blooms of microscopic, plant-like organisms called phytoplankton, which appear green in the nearby waters. Phytoplankton often support an abundance of other fish and marine life. Looking toward the North Pole from the southern end of the peninsula, blooms of chlorophyll-rich cells appear off both the west coast—in the Sea of Okhotsk—and to the east in the North Pacific Ocean.