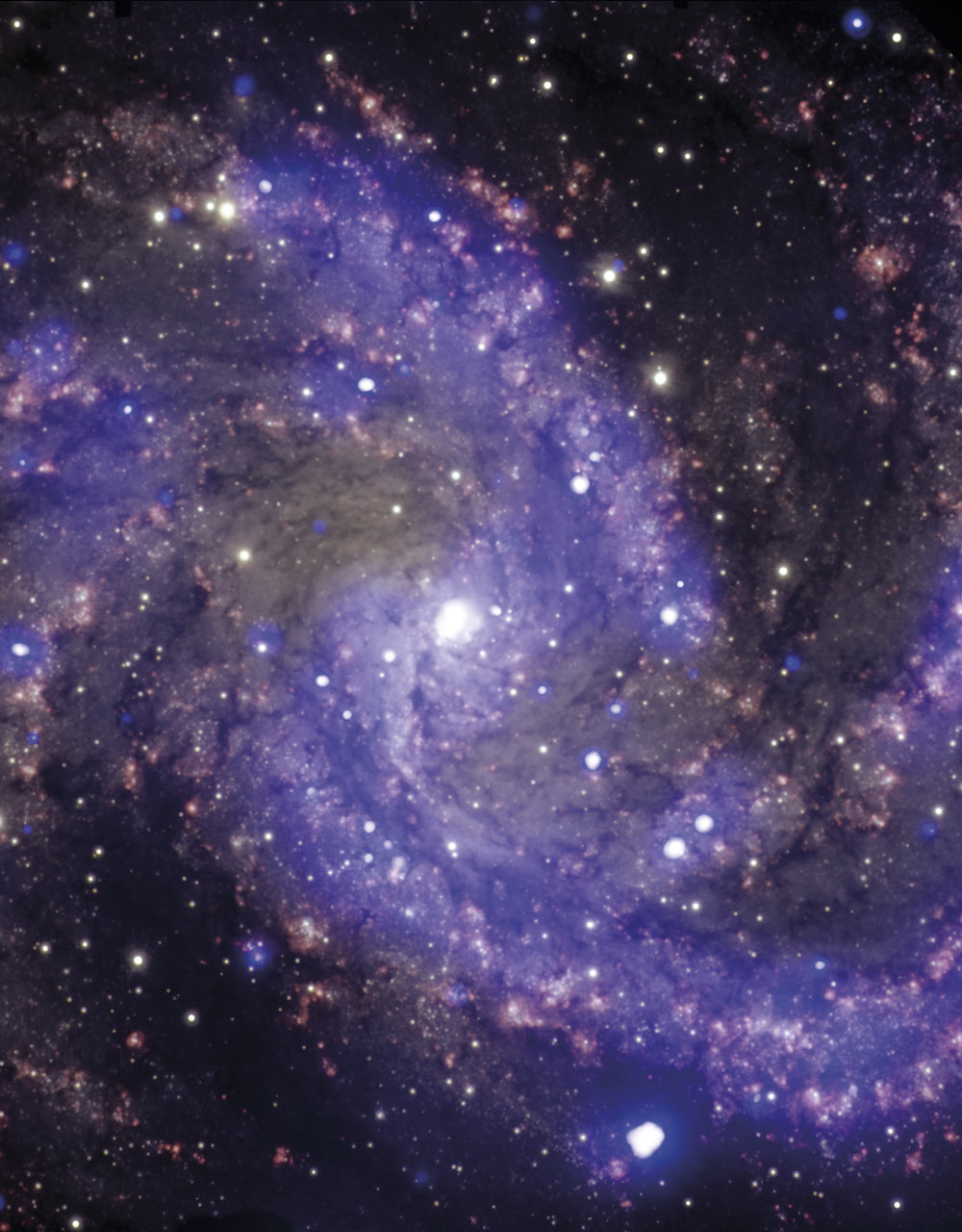 Old Supernovae Don’t Die  NGC 6946 is a medium-sized, face-on spiral galaxy about 22 million light years away from Earth, straddling the border between the northern constellations of Cepheus and Cygnus. During the past century, at least eight supernovae have been observed exploding in the arms of this galaxy, giving credence to NGC 6946’s nickname of the “Fireworks Galaxy.” NGC 6946 spans about 32,000 light-years from edge to edge. Observations by NASA’s Chandra X-ray Observatory (shown in purple) have revealed the locations of three of the oldest supernovae ever detected by their X-ray radiation. This composite image, released in 2013 as part of the Chandra Data Archive, also includes optical data from the Gemini Observatory (appearing in red, yellow, and blue).

Mercury 1.1° south of Regulus
Mars in conjunction with Sun