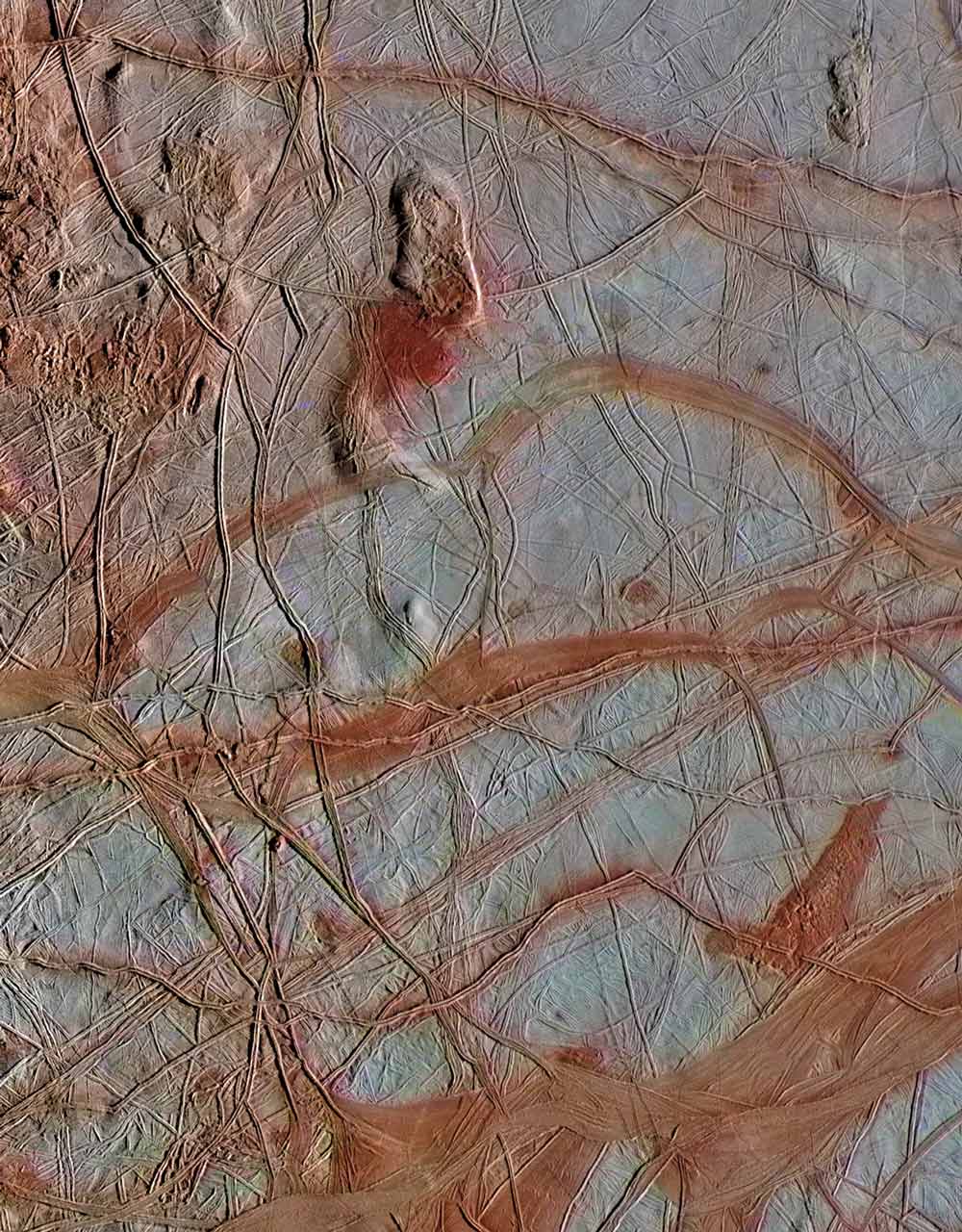 Overtime for Galileo  After completing two years in orbit around Jupiter, the Galileo spacecraft was given an extra-credit assignment. The Galileo Europa Mission (GEM), which began twenty years ago this week, focused on Jupiter’s moons and included eight additional flybys of Europa (one as close as 200 km or 124 mi), four encounters with Callisto, and two close flybys of Io. GEM lasted two years, at which time Galileo was given the Galileo Millennium Mission, which included joint observations of Jupiter with the Cassini spacecraft as it flew by in late 2000 on its way to Saturn. This Galileo image of Europa shows an intricate pattern of linear fractures on the moon’s icy surface. Newer fractures crosscut older ones, and several wide, dark bands are visible where the surface has spread apart in the past.