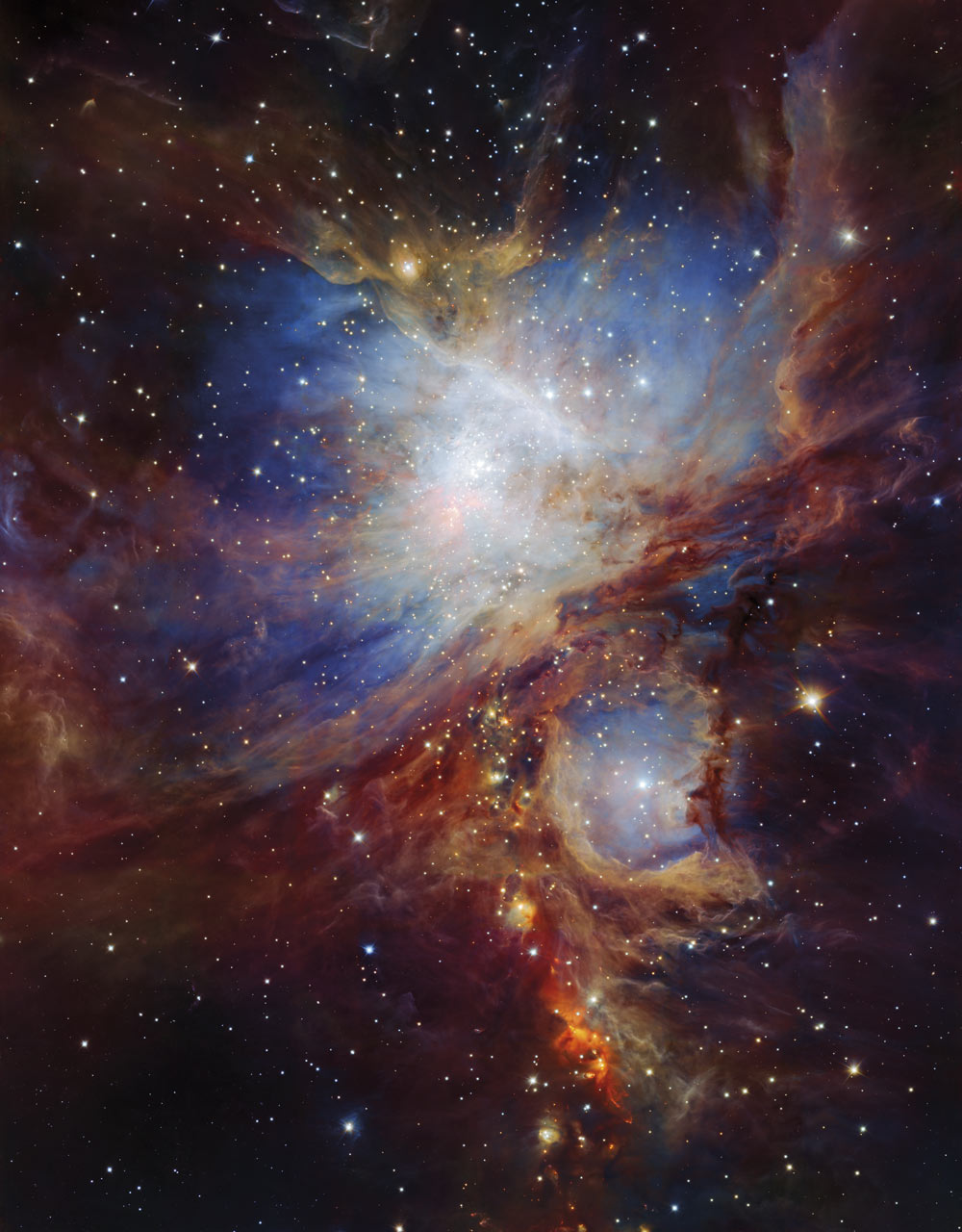 A Deep View of Orion  Astronomers using an infrared instrument on ESO’s Very Large Telescope have produced the deepest and most comprehensive view of the Orion Nebula to date. Not only has this led to an image of spectacular beauty, but it has also revealed an abundance of faint brown dwarfs and isolated planetary-mass objects. This image has caused excitement as it reveals an unexpected wealth of very low-mass objects, which in turn suggests that the Orion Nebula may be forming more of these objects than closer and less active star formation regions do. These low-mass objects will be the target of future, more powerful telescopes. The Orion Nebula spans about twenty-four light-years within the constellation of Orion and is visible from Earth with the naked eye as a fuzzy patch in Orion’s sword.