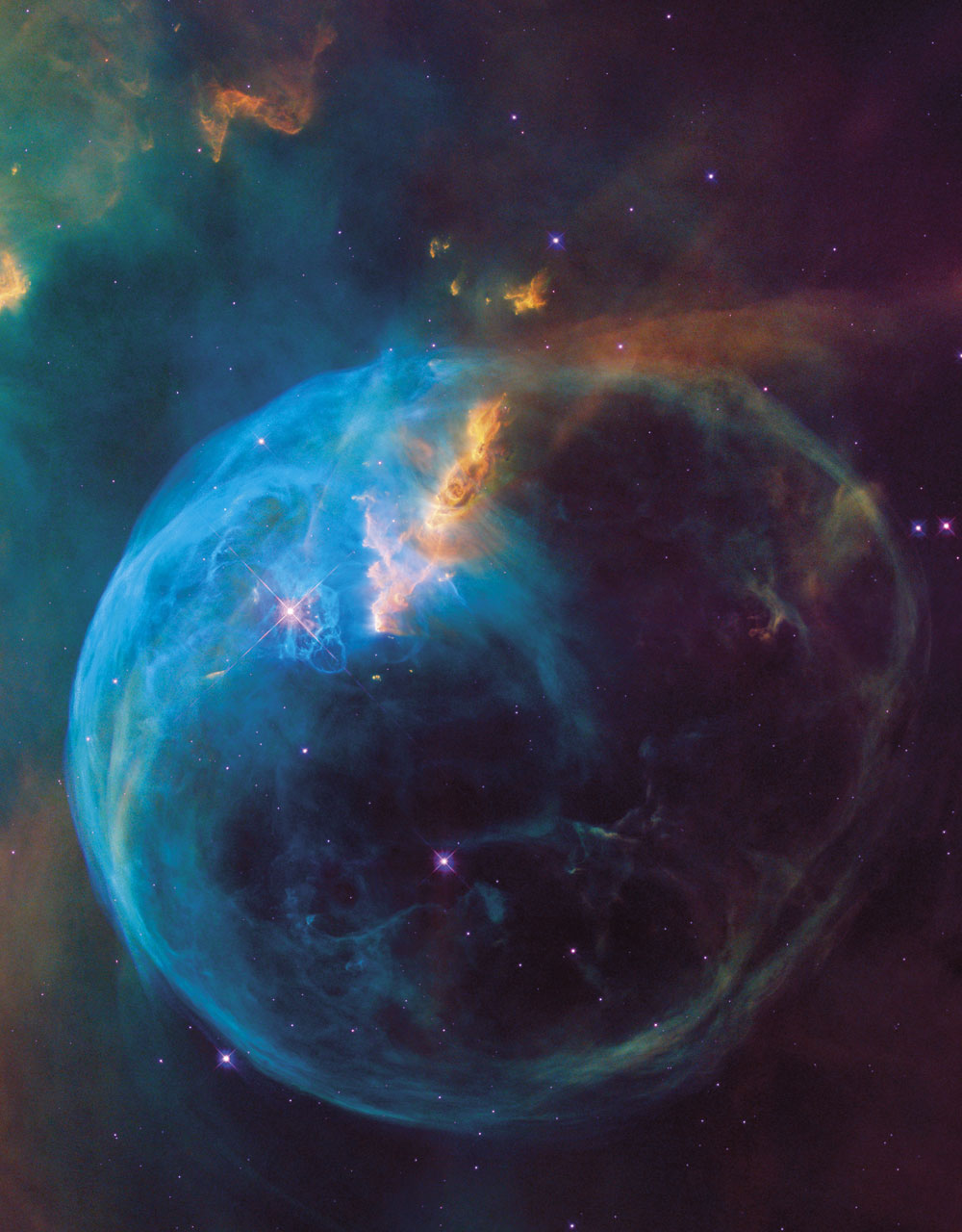 Bubble, by Hubble  The Bubble Nebula, seven light-years wide, is 7,100 light-years away in the constellation Cassiopeia. The star forming this nebula has 45 times the mass of the Sun. The star heats gas that escapes as a “stellar wind” that is moving millions of kilometers per hour. This outflow sweeps up the cold, interstellar gas in front of it, forming the outer edge of the bubble much as a snowplow piles up snow in front of it as it moves forward. The expanding shell slams into dense regions of cold gas on one side of the bubble. This asymmetry makes the star appear off-center from the bubble, in the ten o’clock position in this Hubble view. Dense pillars of cool hydrogen gas laced with dust appear at the upper left of the picture, and more “fingers” can be seen nearly face-on, behind the translucent bubble.