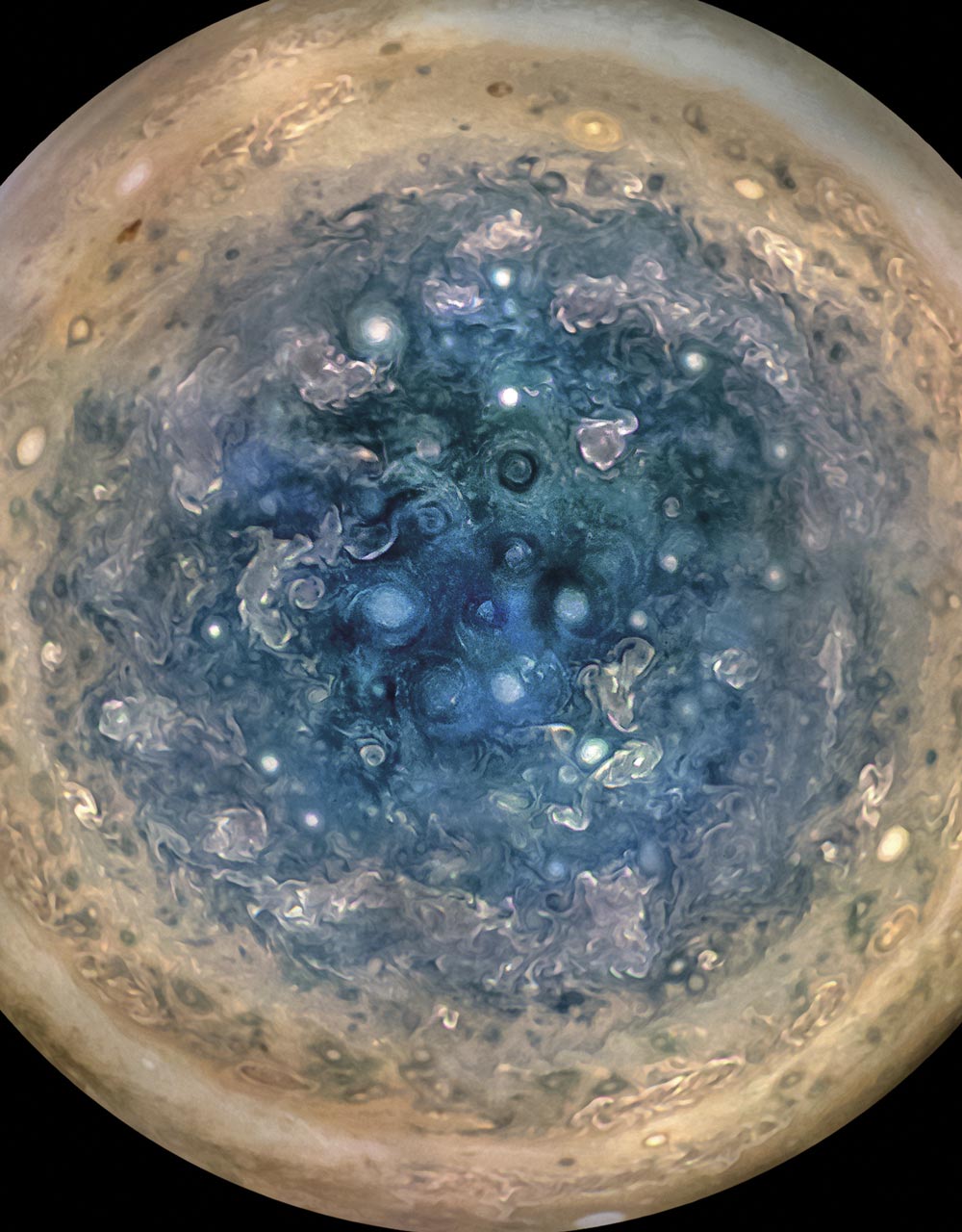 Jupiter Up Close  On Tuesday this week, Jupiter reaches opposition, the time when it appears opposite the Sun in the sky. The significance of opposition is that Jupiter is closer to Earth than it normally is, and it is visible all night, rising at sunset and setting at sunrise. The weeks and months leading up to and after opposition are the best times for observing Jupiter, as its apparent size grows to around 44 arc seconds. This may seem small (it’s slightly more than a hundredth of a degree), but when viewed through a telescope Jupiter will appear about 50 percent bigger than when it is farthest from Earth. But the view from Earth, even at opposition, cannot match the up-close views achieved by the Jupiter-orbiting Juno spacecraft, which captured this stunning south pole view of Jupiter in early 2017.