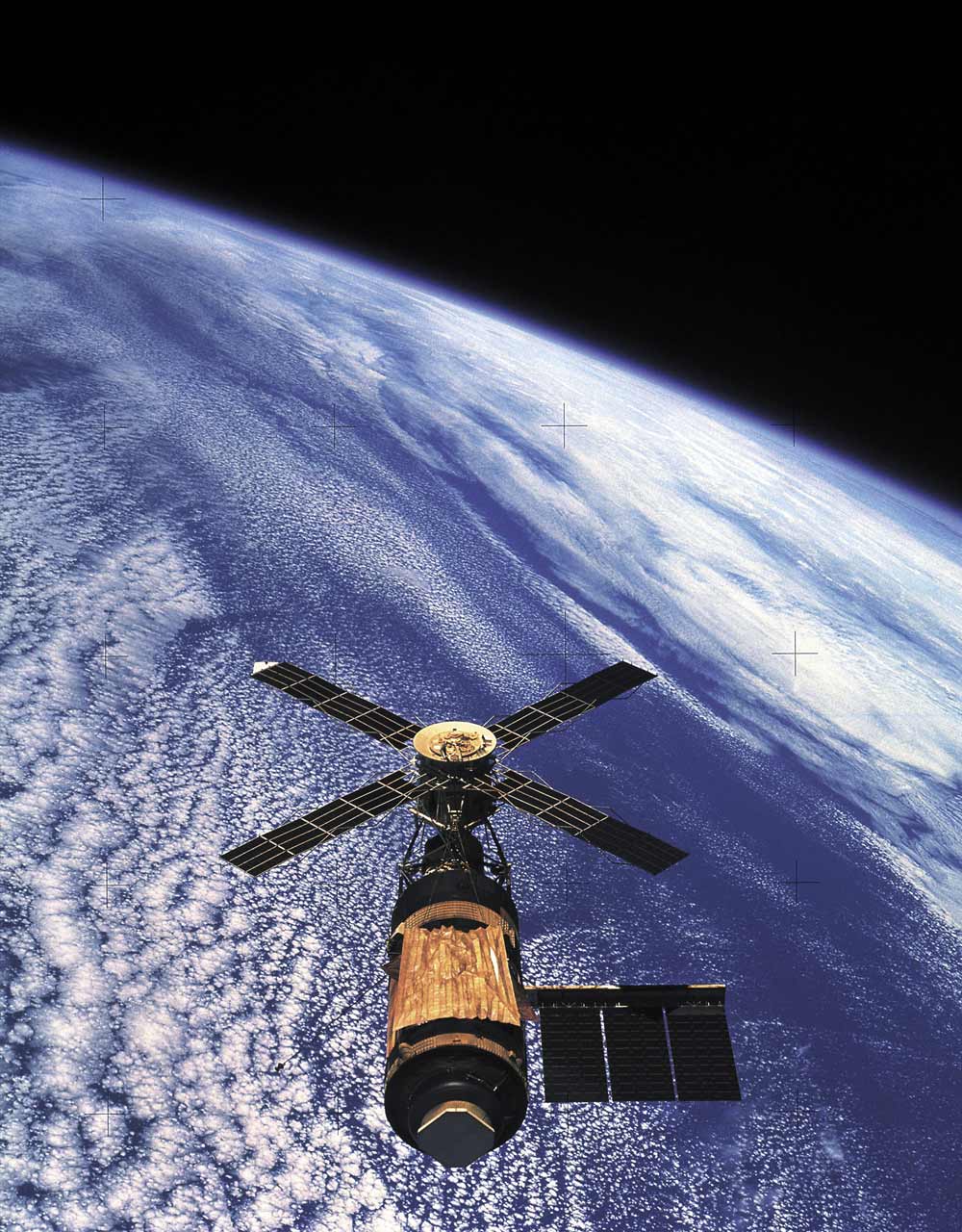 Limping to Orbit  America’s first space station got off to a rough start forty-five years ago this week. During its ascent to orbit, one of Skylab’s two solar wings was torn off because of air drag, taking with it a micrometeoroid shield designed to protect Skylab from the Sun’s intense radiation. When the solar panel tore off, it also jammed the remaining solar wing in the closed position. By the time Skylab reached orbit, less than ten minutes after launch, it was practically without electricity and baking in the sunlight, with interior temperatures hovering around 52° C (125° F). Skylab is seen here after repairs by the first visiting crew, who freed the remaining solar wing and installed a yellow “parasol” over the space station’s exposed skin to help shield the station from sunlight and lower its internal temperature.