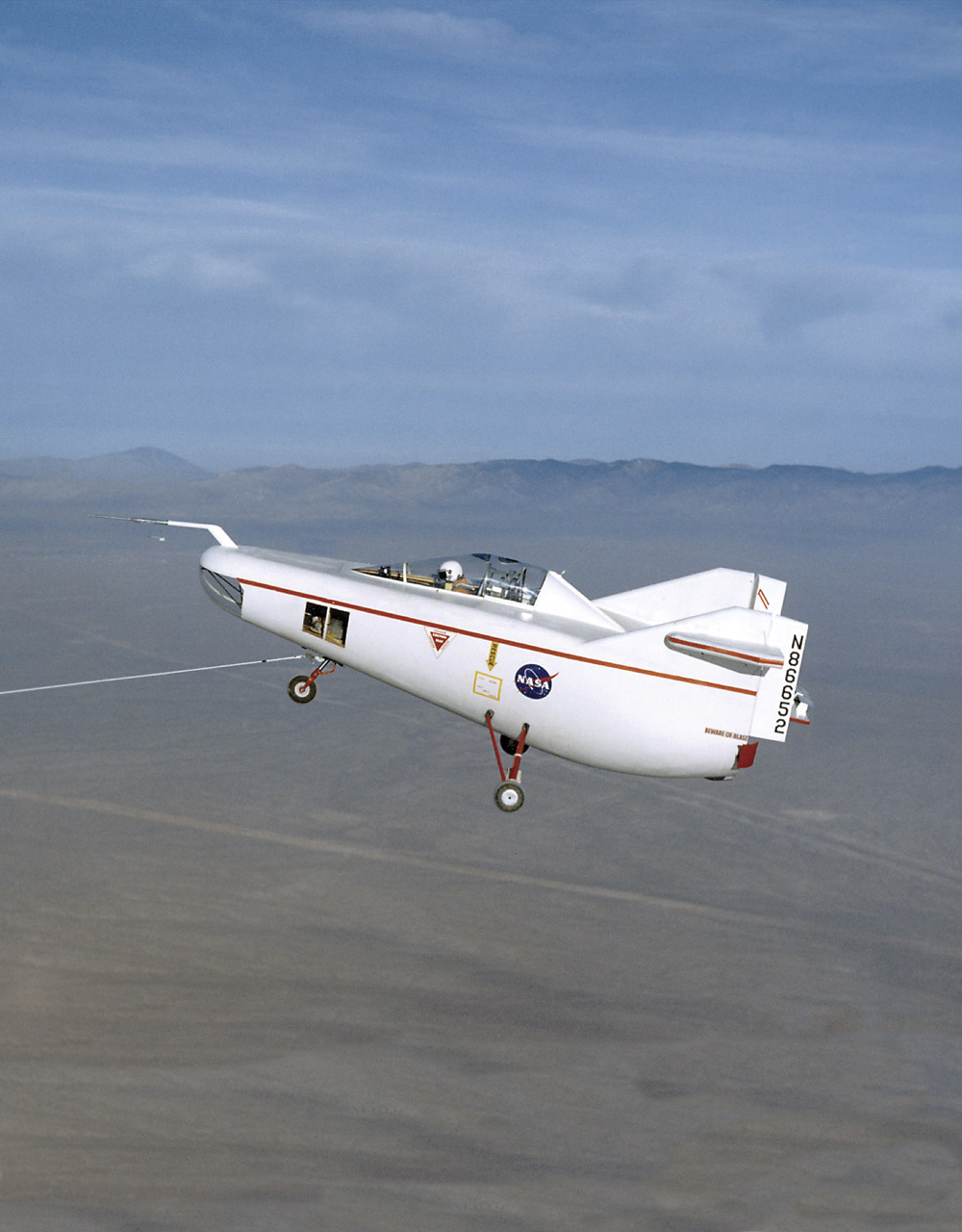 Lifting Body Gets a Lift  The wingless lifting body design was conceived as a means of landing an aircraft horizontally after atmospheric reentry. The lack of wings would make the heat of reentry less damaging, and the needed lift was provided by the body shape. NASA’s lightweight, unpowered lifting body prototype—the M2-F1—looked like a “flying bathtub” and featured a plywood shell placed over a tubular steel frame. After initial ground-tow flights of the M2-F1 using a souped-up Pontiac as a tow vehicle, the way was clear to make air-tows behind a C-47. The first air-tow took place 55 years ago this week, with Milt Thompson at the controls. This flight lasted less than two minutes from tow-line release to touchdown, with the M2-F1 descending at a rather brisk rate of 1,200 meters per minute (4,000 fpm).