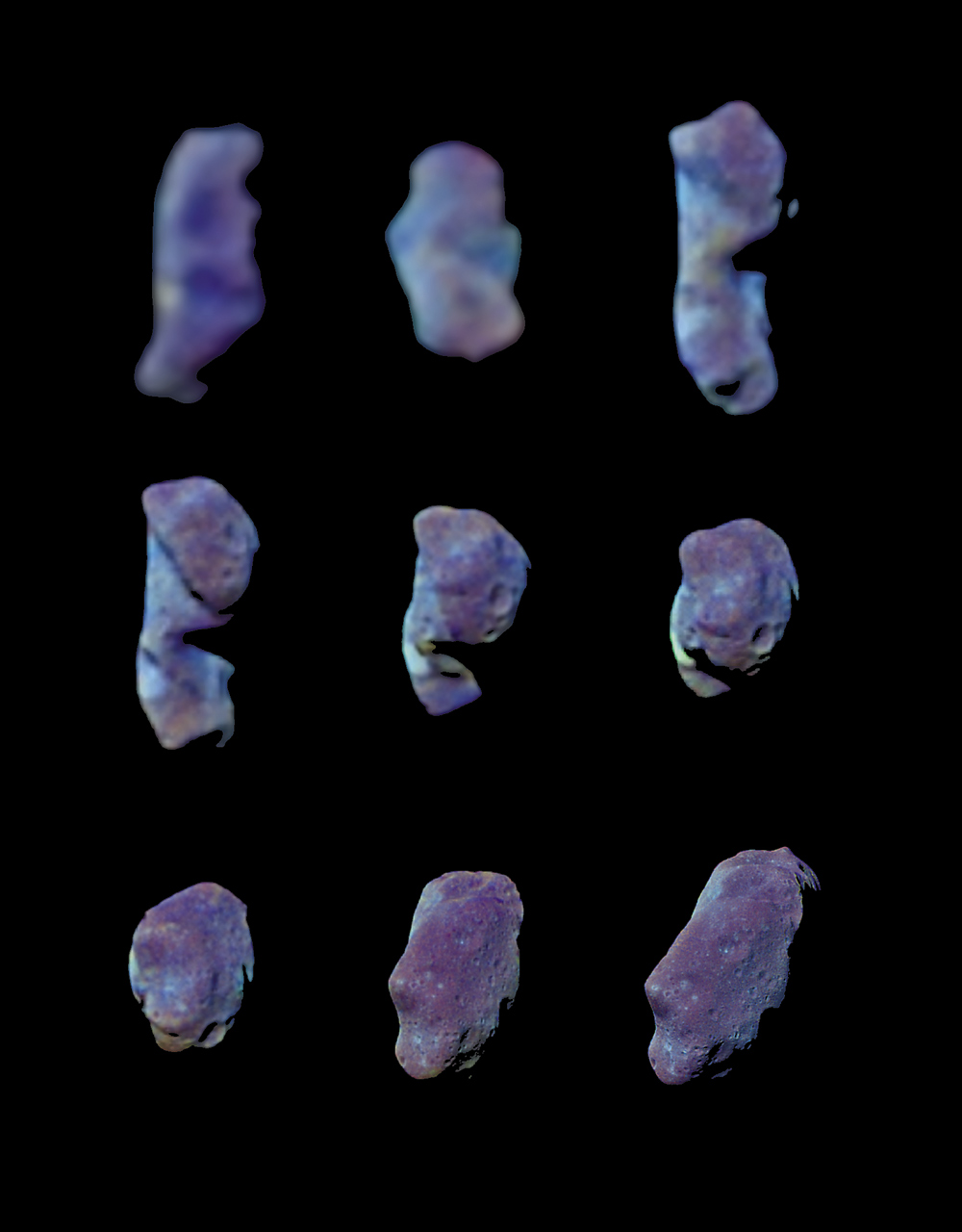 When Galileo Met Ida  Looping through the inner solar system on a fuel-saving trajectory, the Galileo spacecraft took the scenic route to Jupiter. Launched in 1989, Galileo cruised by Venus to get a gravity boost and then passed Earth twice to build more speed for the final push to Jupiter. By 1991 it had already passed close to asteroid Gaspra, and 25 years ago this week it passed by a second asteroid, Ida. In this series of false-color images, Ida rotates head over heels and comes into increasingly sharper focus as Galileo makes its closest approach at a distance of 2,500 km (1,500 mi). Ida is a 60-km-long (36-mi-long), crater-covered asteroid of irregular shape. Galileo also revealed that Ida has a small moon that orbits it. Dactyl, as it was named, is 1.6 km (1 mi) wide and is the first known asteroid moon.