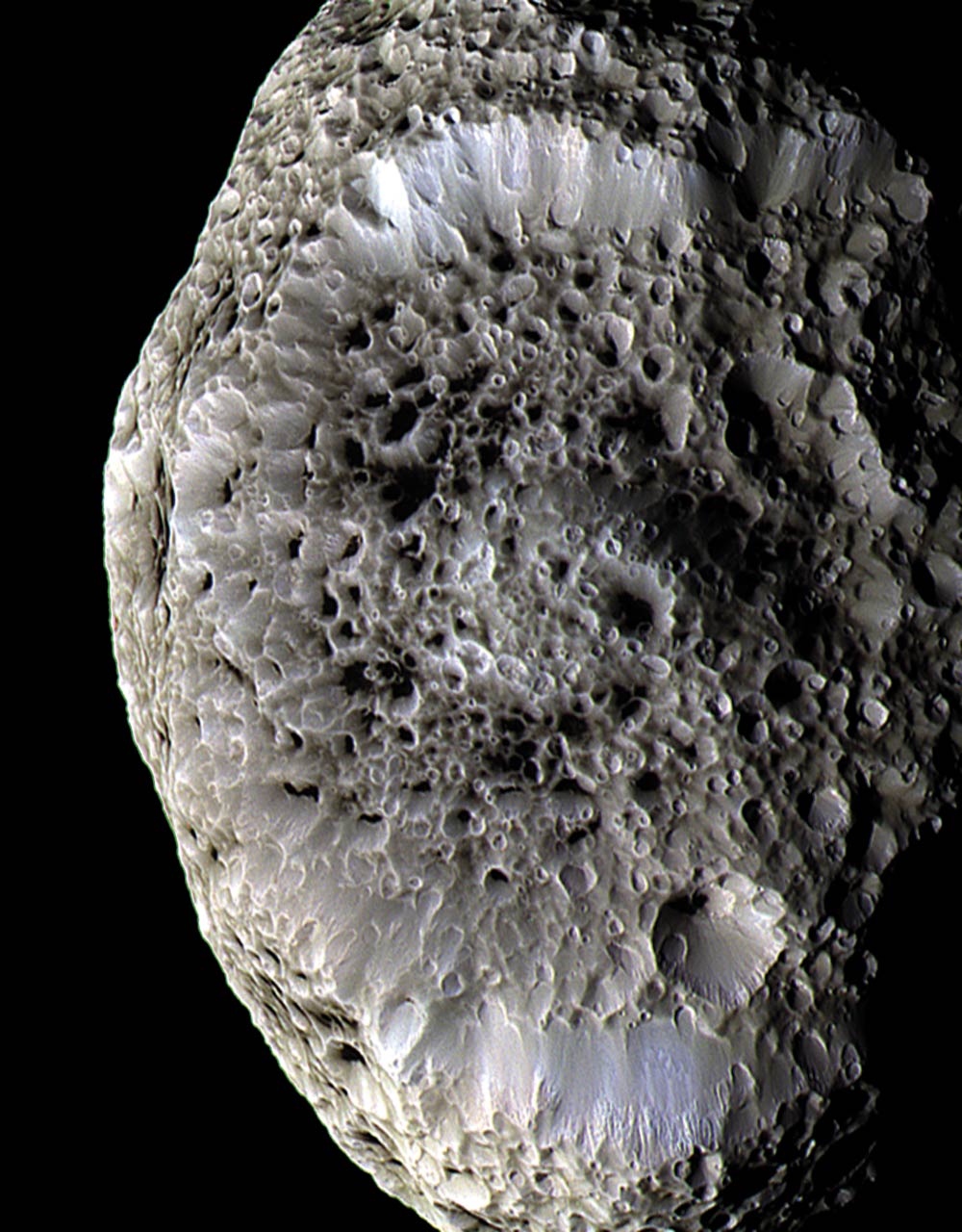 Oddball Moon  Hyperion is one of the oddest moons in the solar system. The largest of Saturn’s irregular, non-spherical moons, Hyperion is 410 km (255 mi) long, and 220 km (137 mi) at its narrowest width. Its odd potato shape suggests Hyperion is a remnant of a larger moon that was destroyed by a major impact. It is about half as dense as water, which means that Hyperion could be comprised of chunks of water ice with significant voids, or that lighter materials (frozen methane or carbon dioxide) could make up part of the moon. Hyperion rotates in a tumbling chaotic way through space as it orbits Saturn every 21 days. Hyperion was discovered independently by the English astronomer William Lassell, and the American father and son team of William and George Bond, 170 years ago this week.