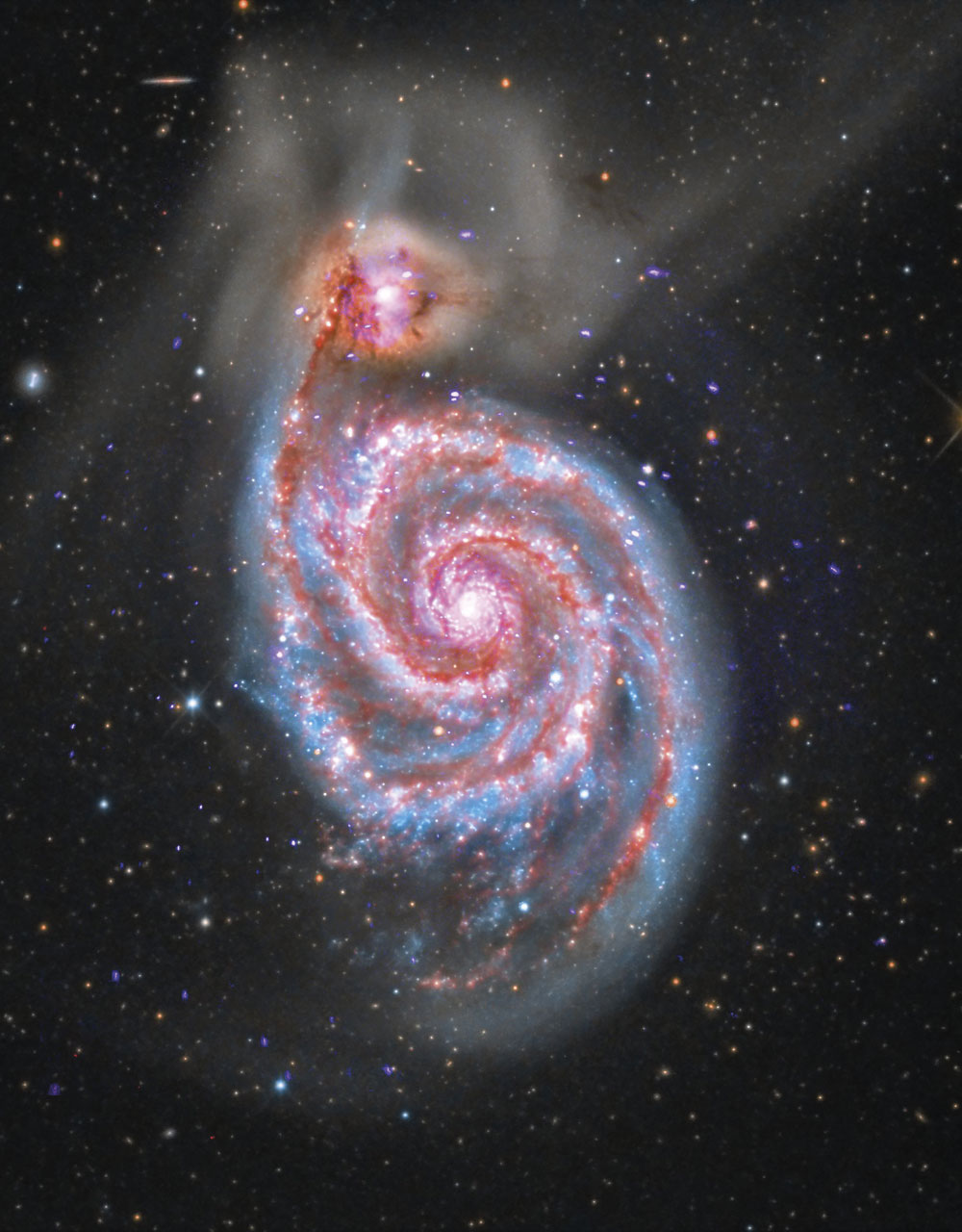 Shedding Light on a Cosmic Whirlpool  The collective light from the billions of stars that comprise this ancient galaxy has fallen upon human eyes only recently—astronomically speaking. Scanning the constellation Canes Venatici with his telescope, comet hunter Charles Messier saw this nebulous object for the first time 245 years ago this week. He included it as the 51st entry in the list he was compiling of celestial objects that he didn’t want to confuse with comets, and it is now most commonly referred to as Messier 51, or more simply, M51. Its smaller companion galaxy was not discovered until 1781. In 1845, M51 became the first astronomical object to reveal a spiral structure. Also known as the Whirlpool Galaxy, M51 lies 30 million light-years away.