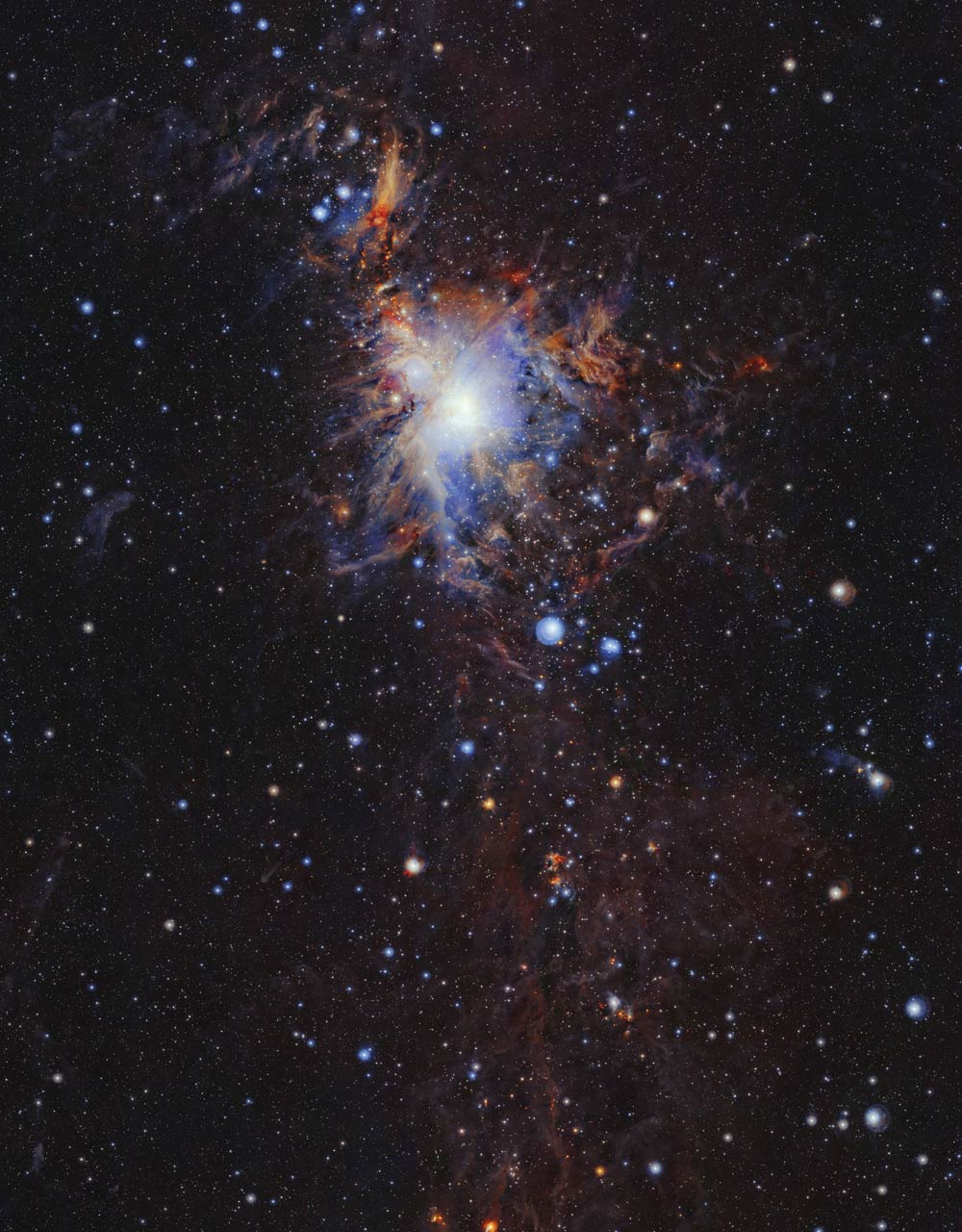 Orion’s Hidden Secrets  This image from the VISTA infrared survey telescope at the European Southern Observatory’s Paranal Observatory in northern Chile is part of the largest infrared high-resolution mosaic of Orion ever created. It covers the Orion A molecular cloud, the nearest known massive star factory, lying about 1,350 light-years from Earth, and reveals many young stars and other objects normally buried deep inside the dusty clouds. The new image from the VISION survey (VIenna Survey In Orion) is a montage of images taken in the near-infrared part of the spectrum. The VISION survey has resulted in a catalogue containing almost 800,000 individually identified stars, young stellar objects, and distant galaxies, representing better depth and coverage than any other survey of this region.