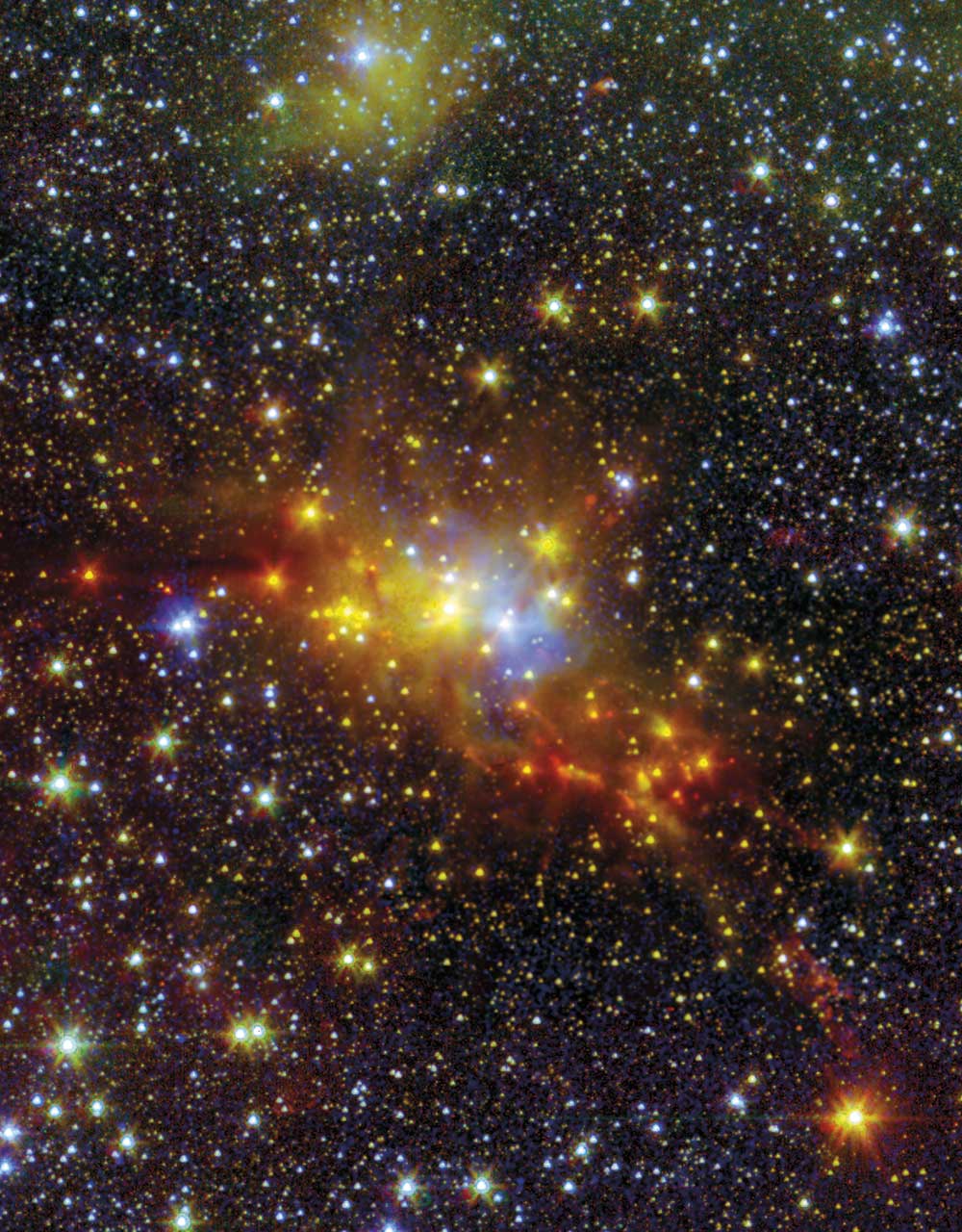 An Astronomical Achievement  Developing a scheme to categorize the countless stars in the sky was a daunting task, but it was accomplished by one of the most famous women astronomers, Annie Jump Cannon, born 155 years ago this week. A Wellesley graduate, Cannon joined the Harvard College Observatory staff in 1896 to help develop a meaningful way to classify stars according to their spectra. For the next forty years, Cannon studied spectroscopic images of over 250,000 stars and devised the O,B,A,F,G,K,M system of classifying stars that is still in use today. Her work was eventually published in the nine-volume Henry Draper Catalog (named after the project benefactor).  Seen here, a variety of stars of many different spectral types are visible within the swaddling dust of the Serpens Cloud Core.