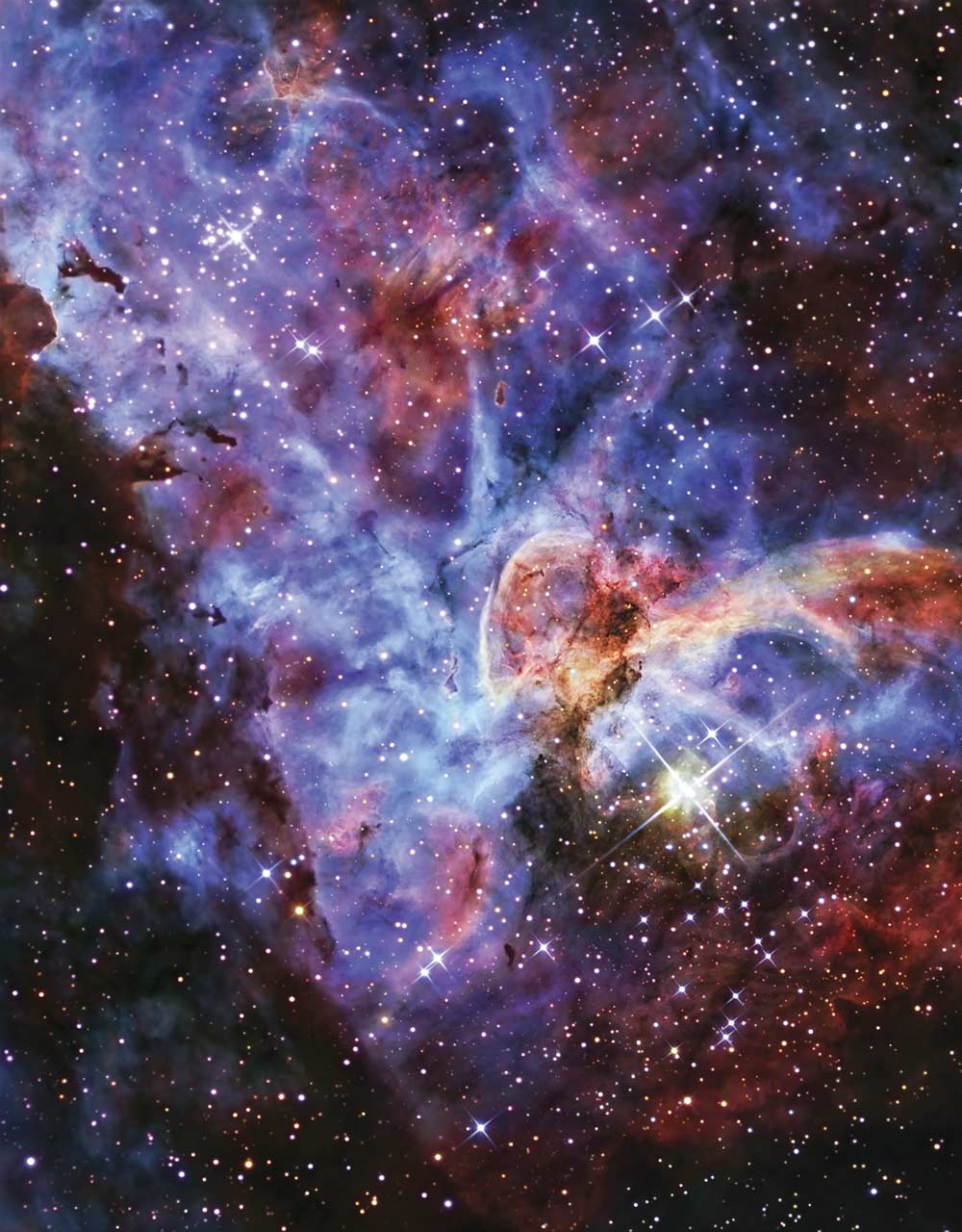 Ungrateful Kids A molecular cloud spends the best years of its life creating the perfect conditions for new stars to be born, and what thanks does it get? If you asked the Carina Nebula, the answer would be “not much.” The massive young stars that were born inside this stellar nursery 9,000 light-years away are radiating enough energy to tear the nebula inside out. The most unruly child is Eta Carinae, the brightest star in this image and one of the most massive stars known. Some 150 times the mass of the Sun and 4 million times brighter, Eta Carina is very unstable and prone to periodic changes in brightness. California amateur astronomer R. Jay GaBany remotely operated a twelve-inch telescope in Australia to collect the eighteen hours of starlight that he used to create this breathtaking view.