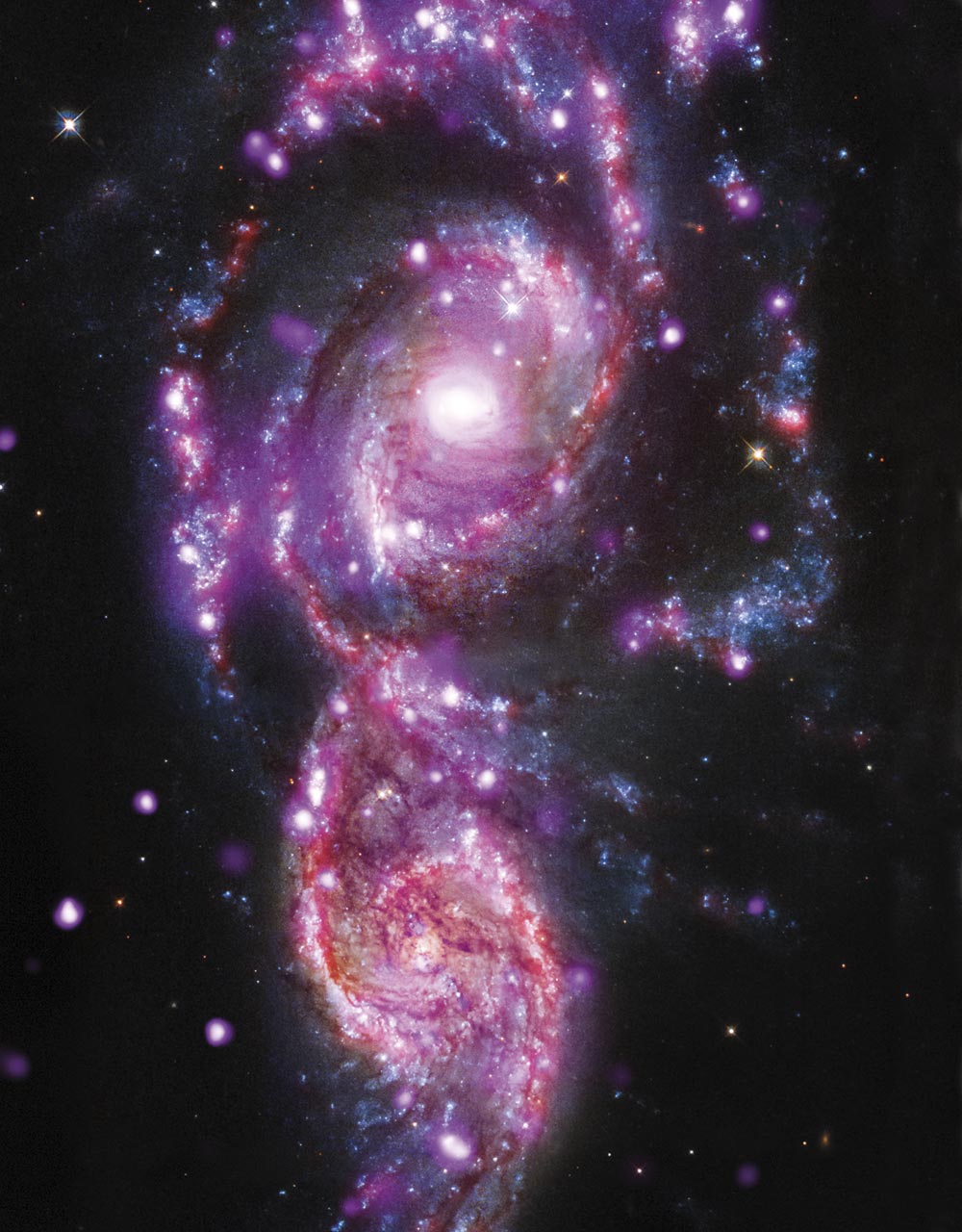 Galactic Gathering  At this time of year, holiday parties often include festive lights. When galaxies get together, they also may be surrounded by a spectacular light show. That’s the case with NGC 2207 and IC 2163, located 130 million light-years away in the constellation of Canis Major. These spiral galaxies, caught in a grazing encounter, have hosted three supernova explosions in the past 15 years and have produced one of the most bountiful collections of super bright X-ray lights known. These special objects—known as ultraluminous X-ray sources (ULXs)—have been found using data from NASA’s Chandra X-Ray Observatory. This composite image shows X-ray data in pink, optical-light data from Hubble in blue, white, orange and brown, and infrared data from the Spitzer Space Telescope in red.