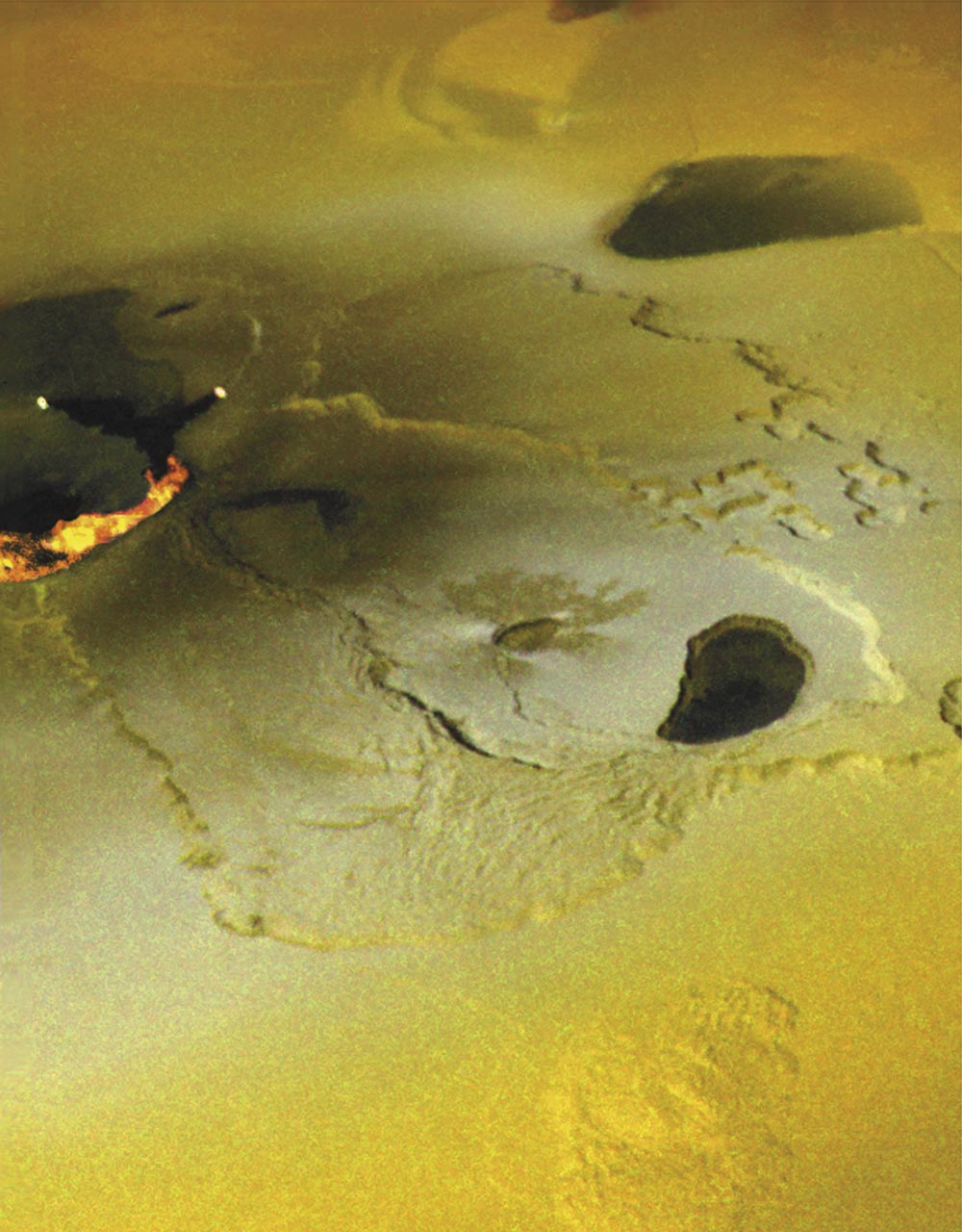 Voyager Versus the Volcano  A few days after its closest approach to Jupiter, the Voyager 1 spacecraft glanced back over its shoulder and captured a routine image of Io, the innermost of Jupiter’s four largest moons. That image, taken 40 years ago this week, was processed by Voyager navigation team member Linda Morabito, who noticed a rather large cloud near the moon’s limb. Further analysis revealed that the mysterious object was actually the giant plume of a volcano—the first active volcano discovered anywhere beyond Earth. The Voyager and Galileo spacecraft have shown Io to be awash in active volcanoes—more than any other world in the solar system. In this Galileo image, taken in February 2000, newly erupted hot lava is seen in the Tvashtar Catena chain of volcanic calderas.

New Moon 11:04 AM ET
Neptune in conjunction with Sun