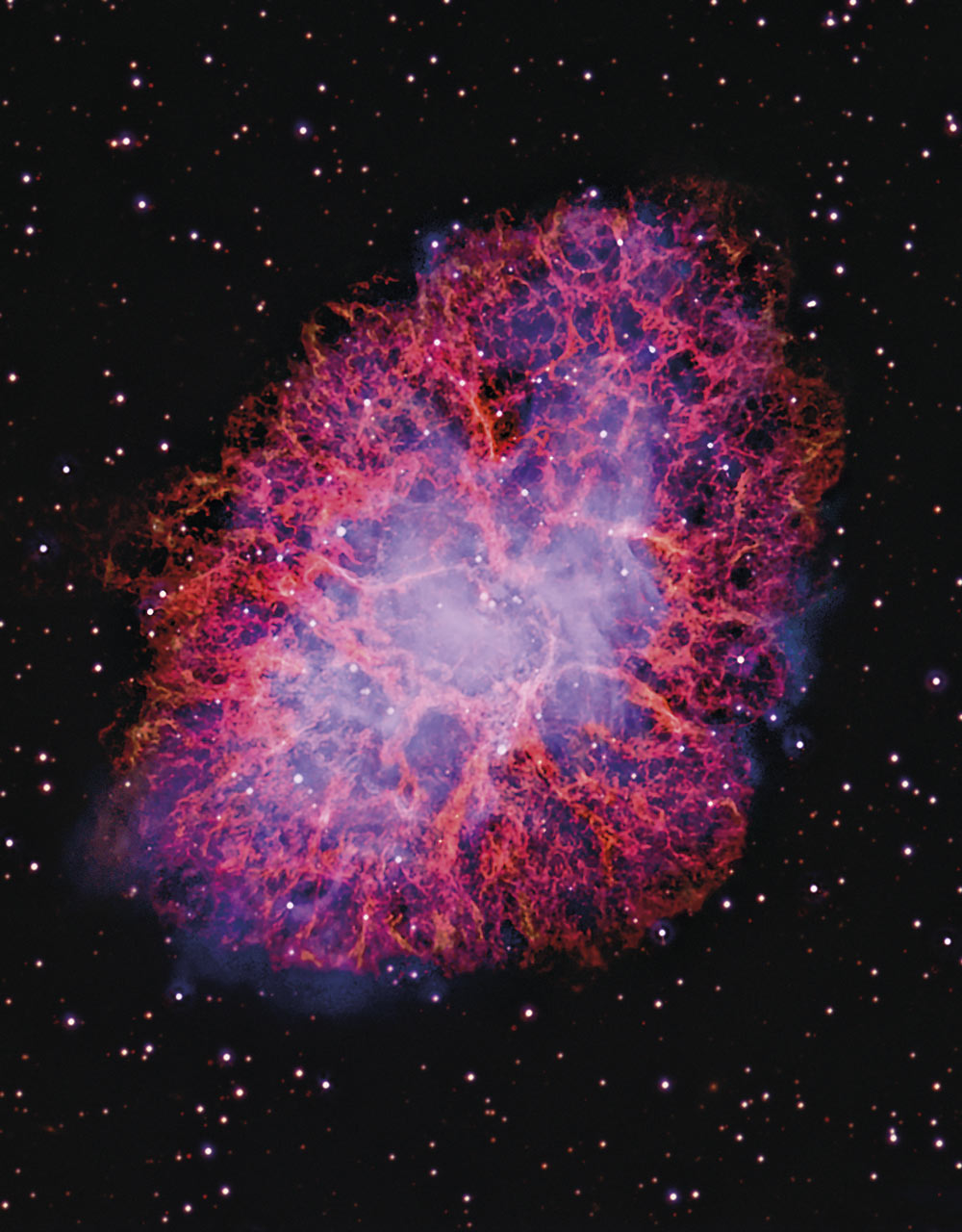 Remains of an Ancient Explosion  Nine hundred sixty-five years ago this week, a star in the constellation Taurus glowed as bright as the full Moon for several days. Chinese astronomers recorded the suddenly appearing star, which we now know to be a pulsar in the heart of the Crab Nebula. The Crab Nebula, the remains of that supernova explosion, is a highly energetic object, powered by the central pulsar, which spins at a remarkable rate of 30 times per second, even though it has the mass equivalent of the Sun crammed into a spinning ball of neutrons just 20 km (12 mi) across. The Crab derived its name from its appearance in a drawing made by Lord Rosse in 1844. With modern imaging techniques and large aperture telescopes, the complex filamentary structure of this object becomes clear.