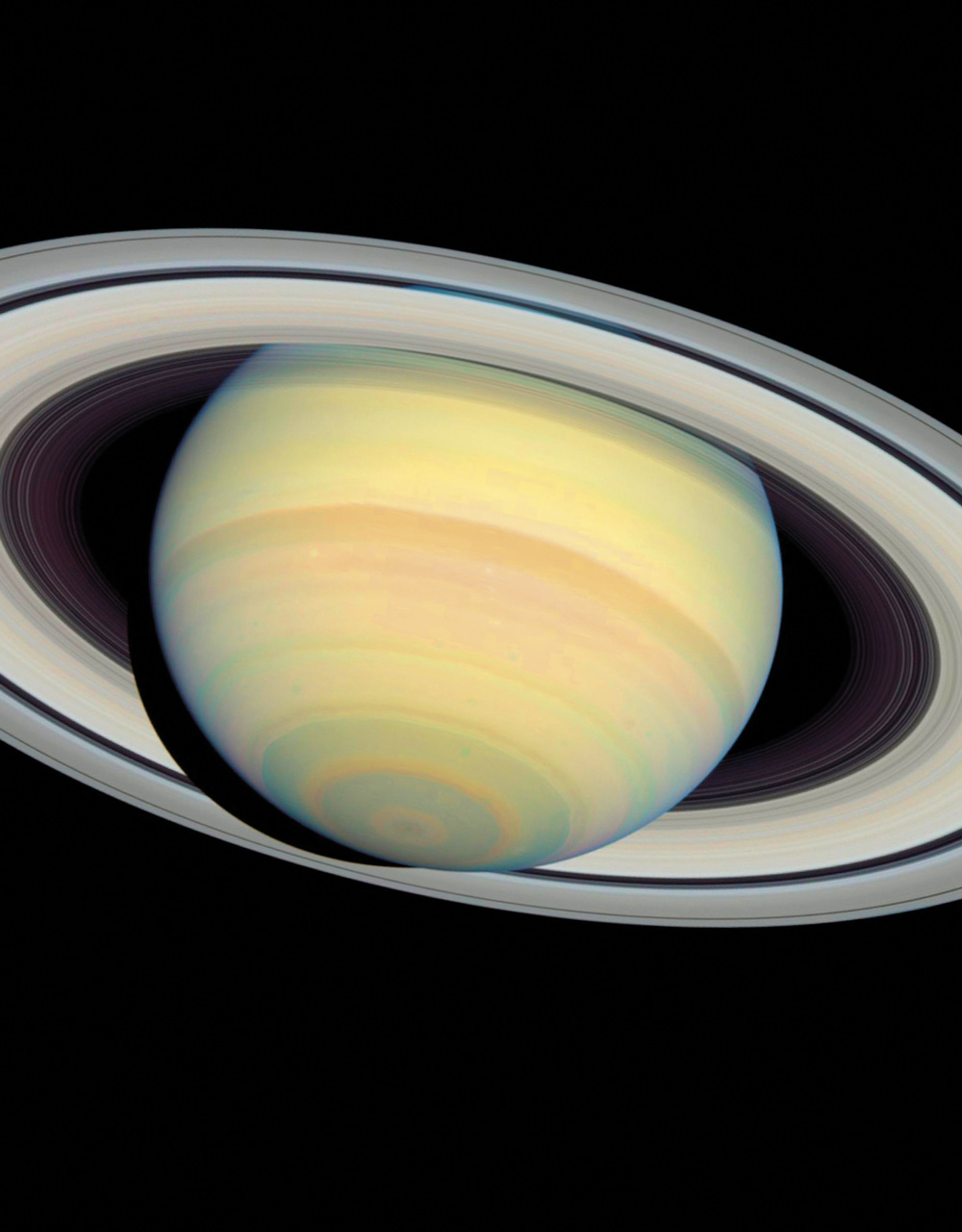 Saturn Pulls an All-Nighter  Following on the heels of Jupiter’s opposition in June, Saturn has its turn this week. On Tuesday, Saturn will be positioned on the opposite side of the sky as the Sun, which will result in two conditions unique to oppositions: the first is that Saturn will rise at sunset and be visible in the sky all night long; the second is that Saturn will appear bigger (if seen through a telescope) and brighter (even with the naked eye) because it is now as close to Earth as it ever gets. This Hubble telescope view of Saturn from 2004 gives a good idea of the apparent aspect of Saturn when viewed through a telescope now. The rings will be tilted about this same amount now, although in 2019, nearly half a Saturnian year after this image was taken, we are seeing its northern hemisphere tilted toward us.