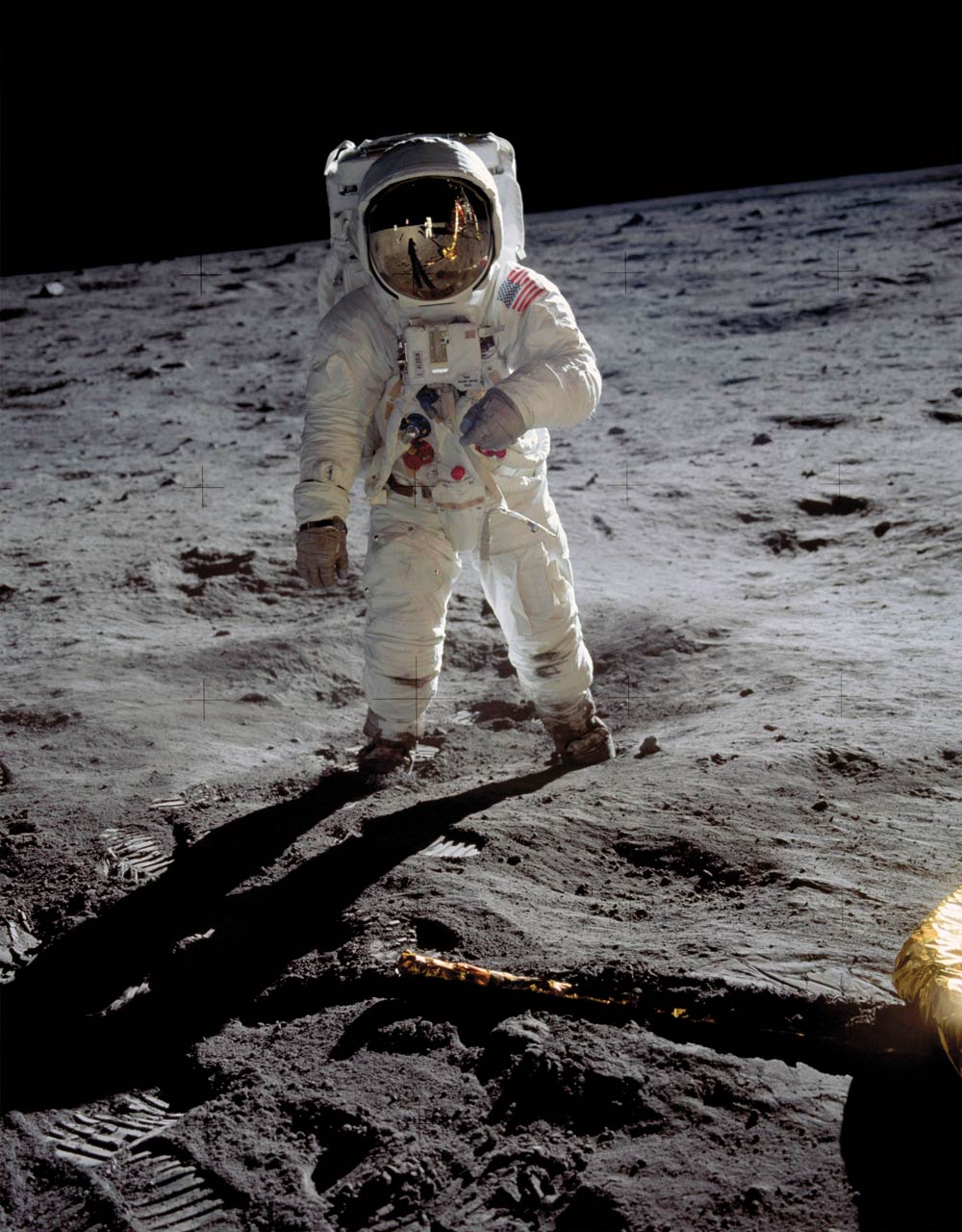 Lunar Landing Golden Anniversary  Fifty years ago this week, the world metaphorically stopped to watch two American astronauts take humanity’s first steps on another world. On July 20, 1969, at 10:56 PM ET, Neil Armstrong, Commander of the Apollo 11 mission, stepped onto the lunar surface, followed about 20 minutes later by Lunar Module Pilot Buzz Aldrin (above). The two spent a little more than two hours on the lunar surface before returning to their lunar module Eagle, which then launched them back into lunar orbit where they met up and docked with the Command Module Columbia, piloted by Michael Collins. The trio returned safely to Earth on July 24, meeting a challenge set by President Kennedy in 1961 of “landing a man on the Moon and returning him safely to the Earth” before the end of the decade.