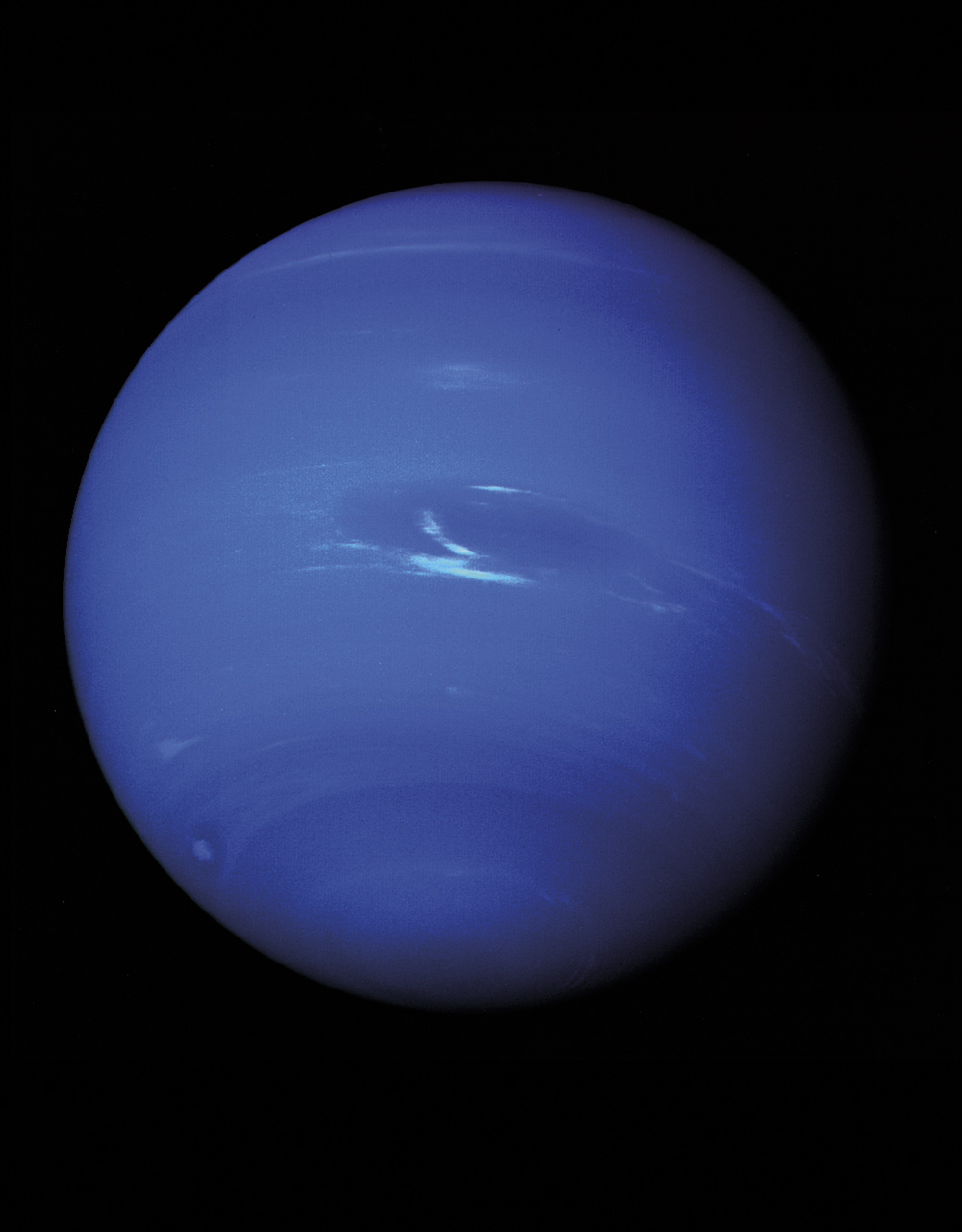 Poseidon Adventure   Poseidon was the Greek god of seas, oceans, and earthquakes, and he was known to the Romans as Neptune. A powerful and moody god, Neptune could calm the sea when he was so inclined, or cause earthquakes and drowning when he wasn’t having a good day. Ancient sailors made sacrifices to him to ensure a safe voyage, and apparently he was smiling upon the Voyager 2 spacecraft when it passed by his planetary namesake thirty years ago this week. After a twelve-year journey that had already brought it past Jupiter, Saturn, and Uranus, Voyager 2 became the first (and only) spacecraft to visit the outermost gas giant. Seen here from only 7 million km (4.4 million mi) away, Neptune displays its Great Dark Spot and a smaller white storm feature known as Scooter.

Juno in conjunction with Sun