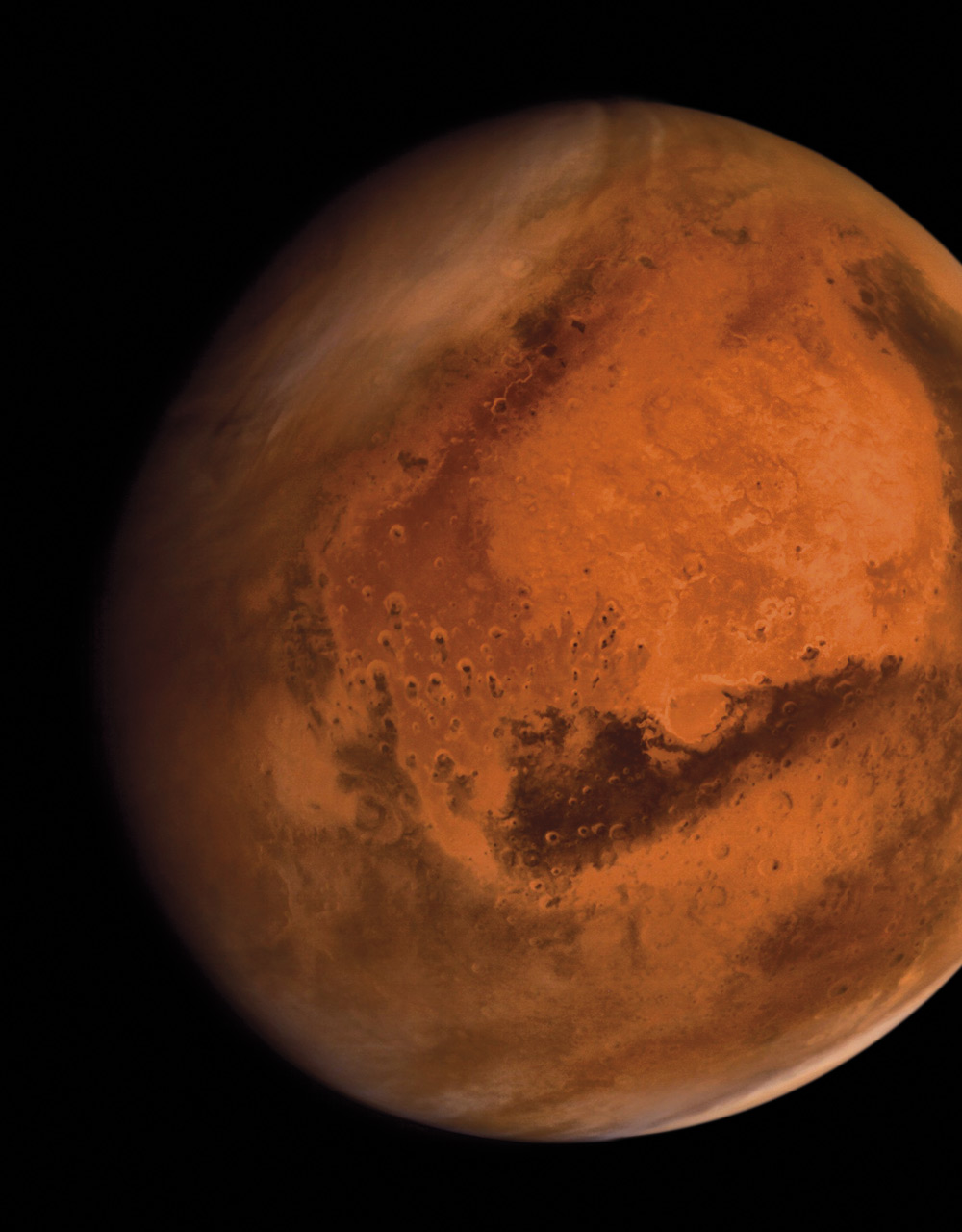 A Trip to Mars for MOM  Five years ago this week, the Indian Space Research Organization’s (ISRO) first interplanetary mission, the Mars Orbiter Mission (MOM) arrived at Mars. ISRO was the fourth space agency to reach Mars (after the Soviet space agency, NASA, and the European Space Agency), but it was the first to do so on the first try. Equally impressive, ISRO launched MOM on a rocket of its own design, the Polar Satellite Launch Vehicle. Also known as Mangalyaan, from the Sanskrit words for “Mars craft,” MOM arrived at Mars after a journey of 298 days and entered a highly elliptical orbit, with a close approach to Mars, or periareon, of 421 km (262 mi), and a farthest point (apoareon) of 76,993 km (47,841 mi). This MOM image, taken in 2014, shows dust storms in the northern hemisphere.