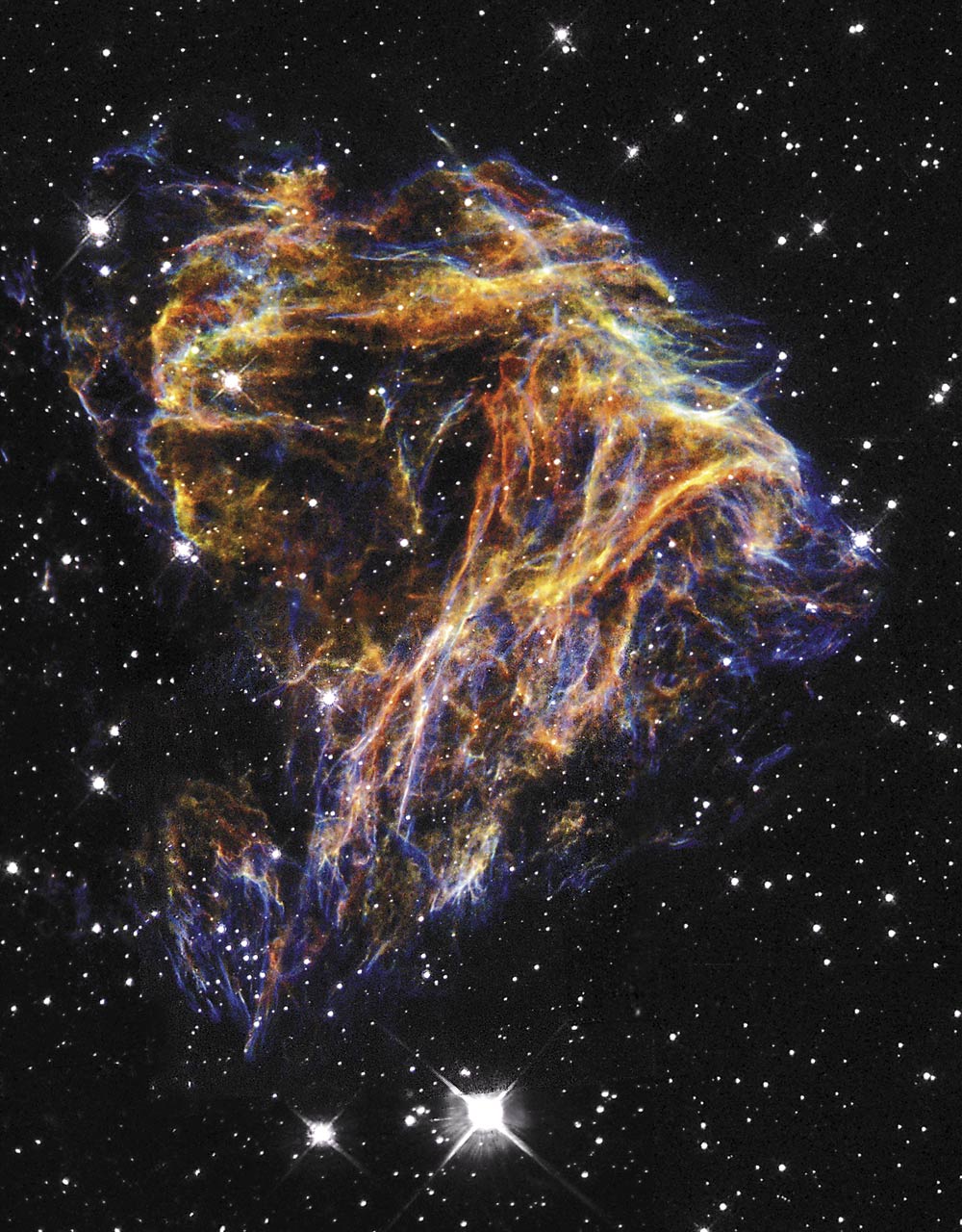 A Magnetar is Born  Some 160,000 light-years away in the Large Magellanic Cloud (LMC), a companion galaxy of our own Milky Way, a delicate nebula harbors a rare star with a very magnetic personality. Known as N 49, this nebula is a remnant of a massive star that died thousands of years ago.  This filamentary material will eventually be recycled into building new generations of stars in the LMC, much as our own Sun and planets are composed of debris of supernovae that exploded in the Milky Way billions of years ago. At the heart of N 49 is a massive spinning neutron star (also called a pulsar), a common result of a supernova explosion. But N 49 also has a magnetic field a thousand trillion times stronger than Earth’s magnetic field, placing the star into an exclusive class of objects called magnetars.