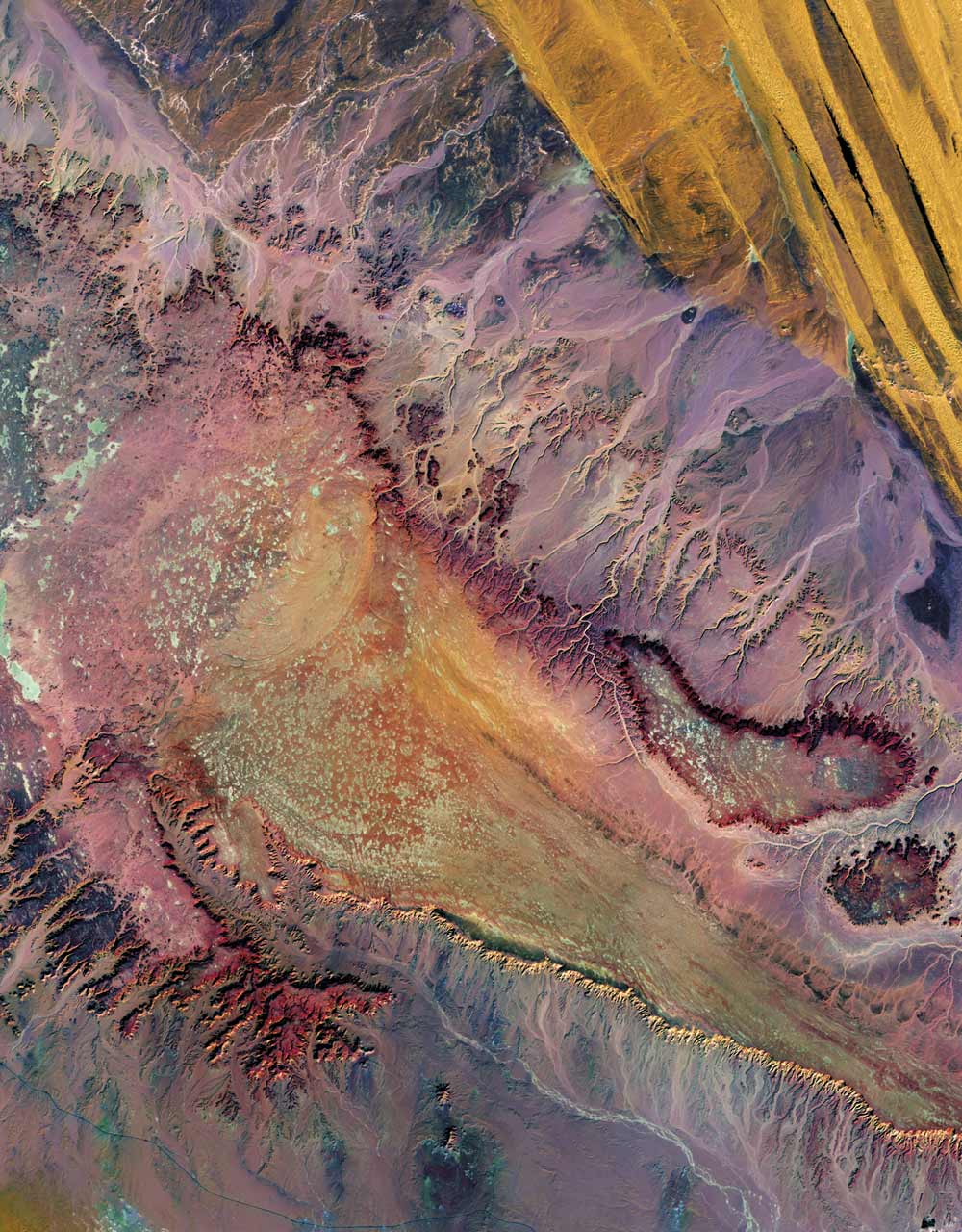 A Satellite by Any Other Name  NASA’s Earth Resources Technology Satellite, launched in 1972, was the first in a series of orbiting spacecraft designed to monitor Earth’s land masses. Forty-five years ago this week, the satellite was renamed Landsat 1. Seven more Landsats have provided uninterrupted coverage of the Earth for nearly half a century. Landsat 7 and 8 are still active, and the latest generation, Landsat 9, is slated for launch in late 2020. In this Landsat 8 image of the Western Desert in central Egypt, highly eroded plateaus rise from the desert floor. The bright speckles are ancient dry lakes, the salt deposits reflecting brightly. Long ago, water flowed off the plateau, forming the breaches seen on the plateaus’ edges. This desolate land between oases is surrounded by extensive sand dunes.