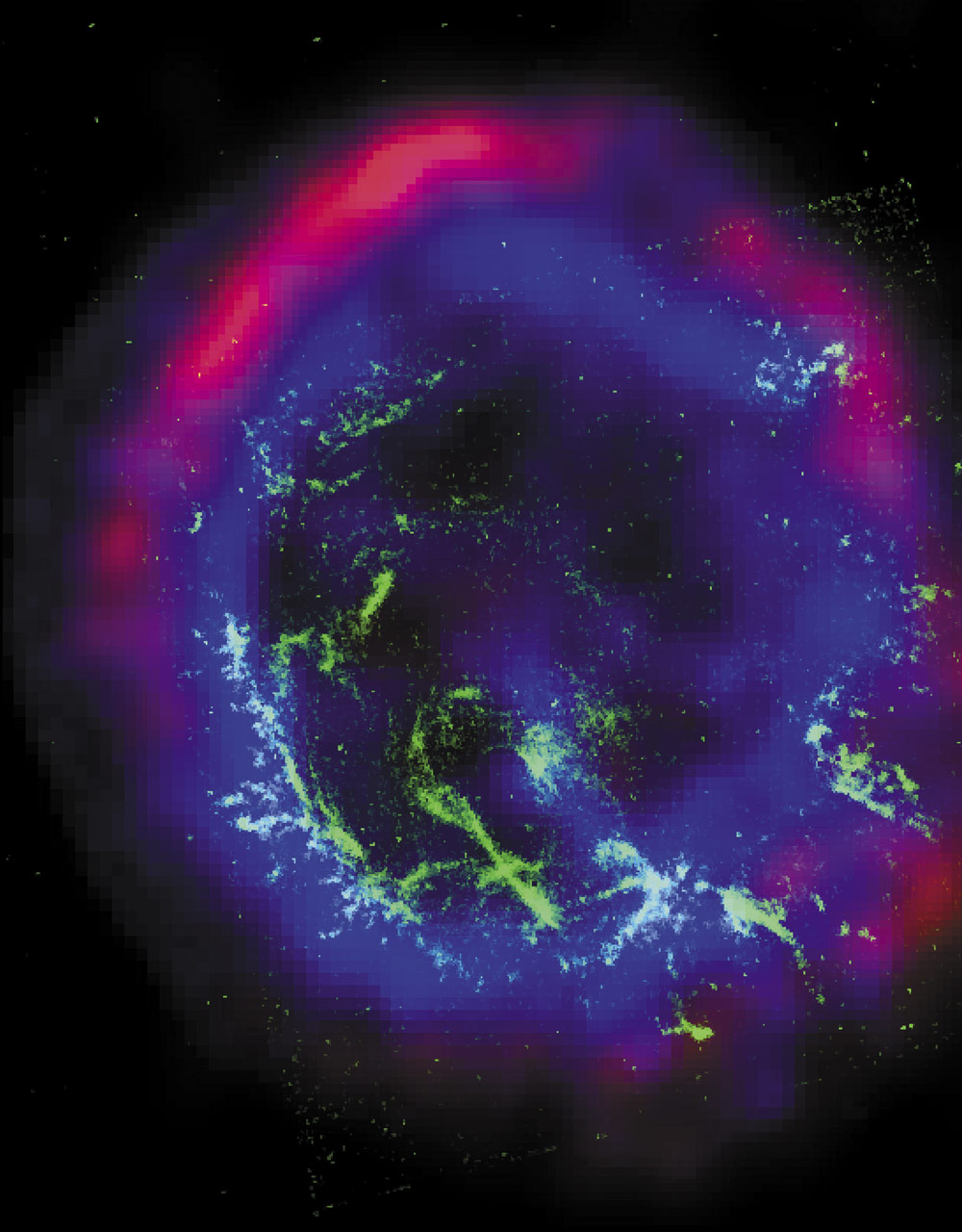 Three Eyes on a Supernova  E0102-72 is the remnant of a star that exploded in the Small Magellanic Cloud, a nearby galaxy 190,000 light-years away. The star’s explosion produced two shock waves—one traveling out, and the other rebounding into the material ejected by the explosion. In this composite image, radio waves (red), which are due to high energy electrons spiraling around magnetic field lines in the gas, trace the outbound shock wave. The Chandra X-ray image (blue) shows oxygen- and neon-rich gas, created by nuclear reactions inside the star, hurled into space by the supernova, and then heated to millions of degrees Celsius by the rebounding shock wave. The Hubble Space Telescope optical image (green) shows dense clumps of oxygen gas that have “cooled” to about 30,000° Celsius.