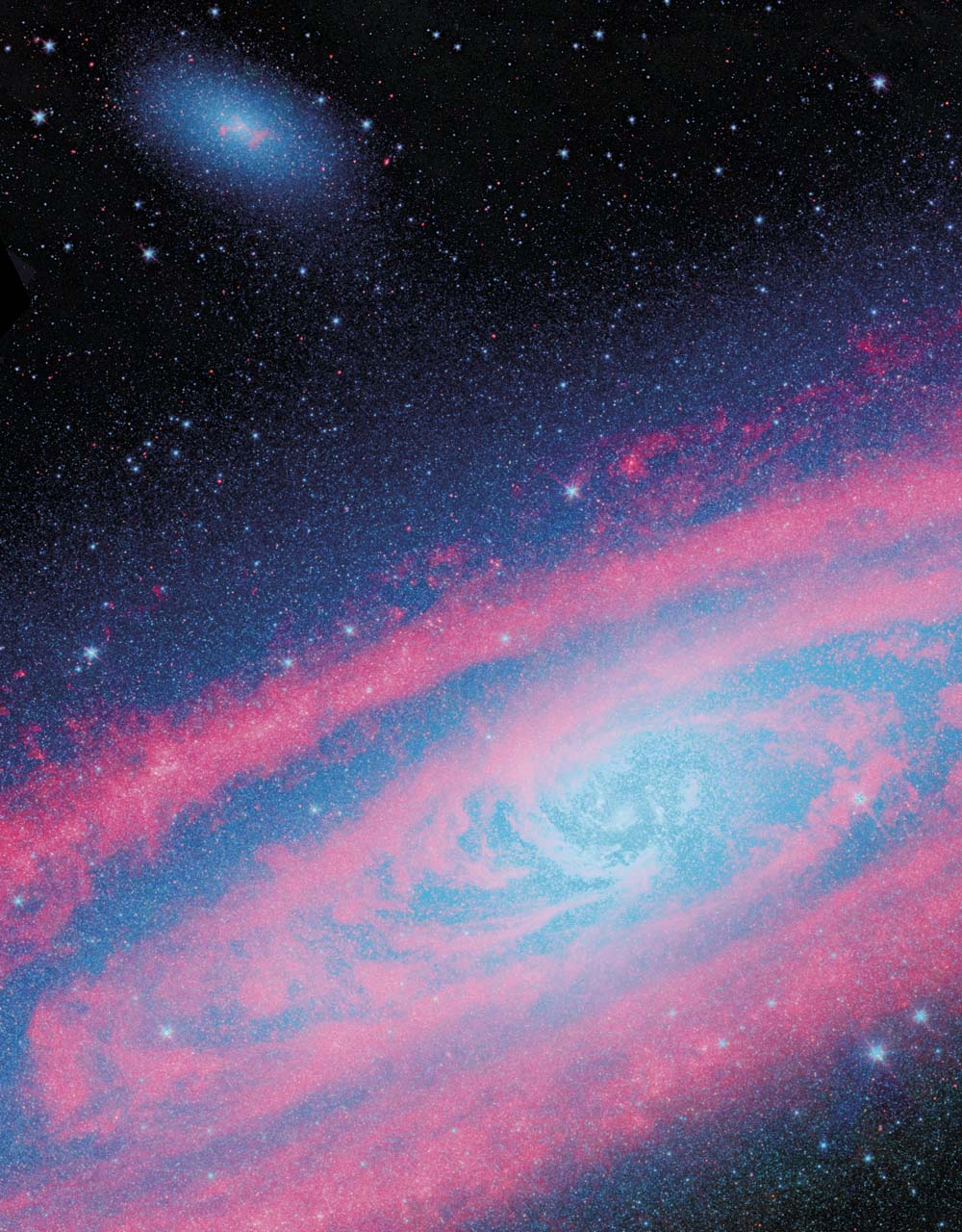 Lost in the Glare  This Spitzer Space Telescope infrared view of spiral galaxy M31 in Andromeda also shows, at upper left, its less famous dwarf elliptical companion galaxy M110. Often overlooked, M110 shares a certain kinship with the astronomer who independently discovered it in 1783, ten years after Charles Messier first did. Caroline Herschel, born 270 years ago this week, was the sister of William Herschel, discoverer of Uranus. She spent most of her life as William’s apprentice, performing tedious calculations on his behalf, yet she managed to establish herself as an accomplished astronomer in her own right. She was the first woman to discover a comet (she found eight in all), she compiled catalogs of stellar observations, and she documented every discovery that she and William made.