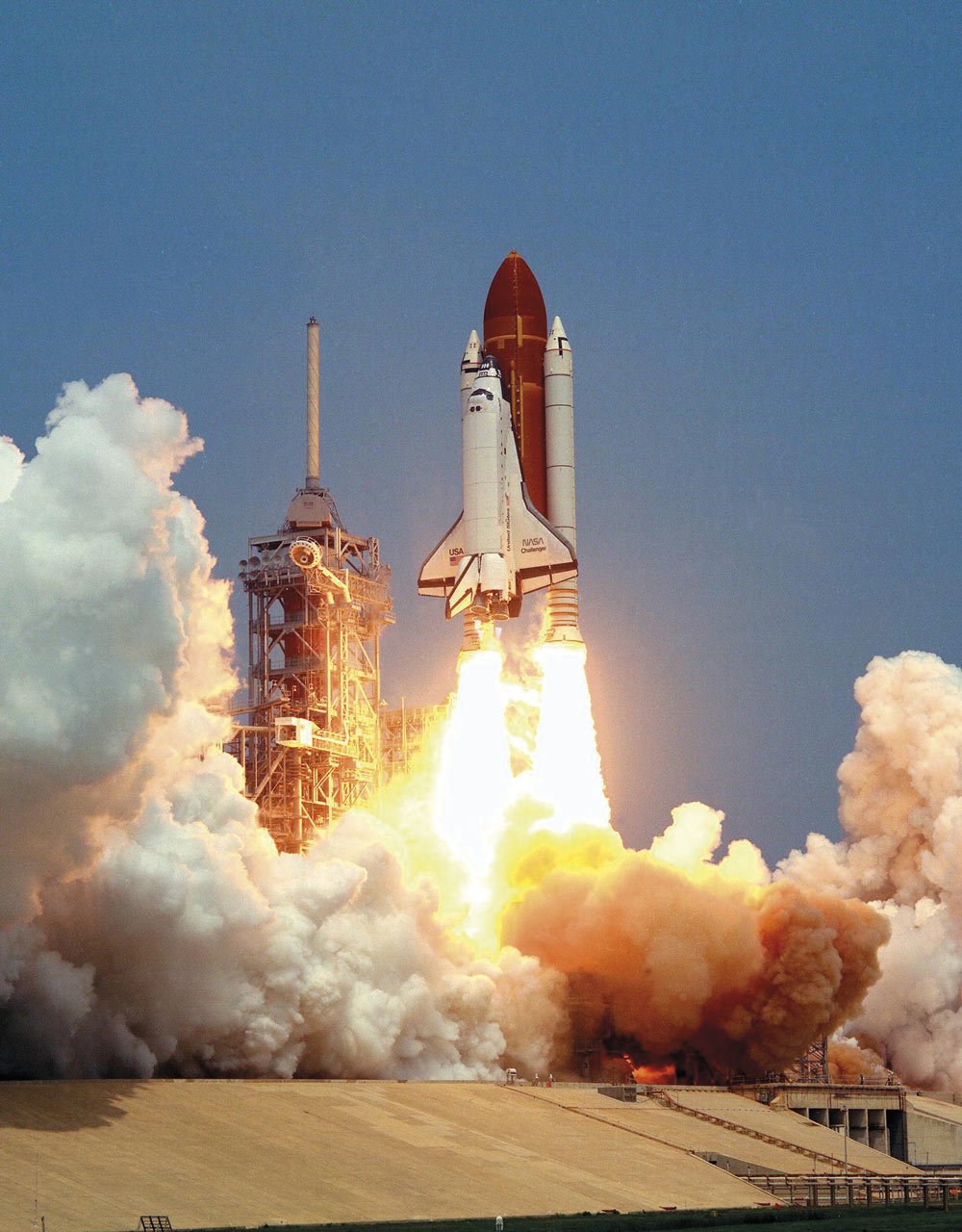 Shuttle Monkey Business  When the space shuttle Challenger lifted off thirty-five years ago this week on the STS-51B mission, it carried a crew of seven astronauts on a dedicated Spacelab mission designed to provide a high-quality microgravity environment for delicate materials processing and fluid experiments. Spacelab was also a life sciences laboratory, and aboard Challenger were two dozen rodents and two squirrel monkeys, who were observed for the effects of weightlessness during the week-long mission. To avoid an emotional public response to a possible in-flight casualty to the monkeys, NASA chose to forego naming the two simians and simply referred to them as 3165 and 384-80. The precaution, it turns out, was ultimately unnecessary, as the monkeys (and rats and crew) survived.