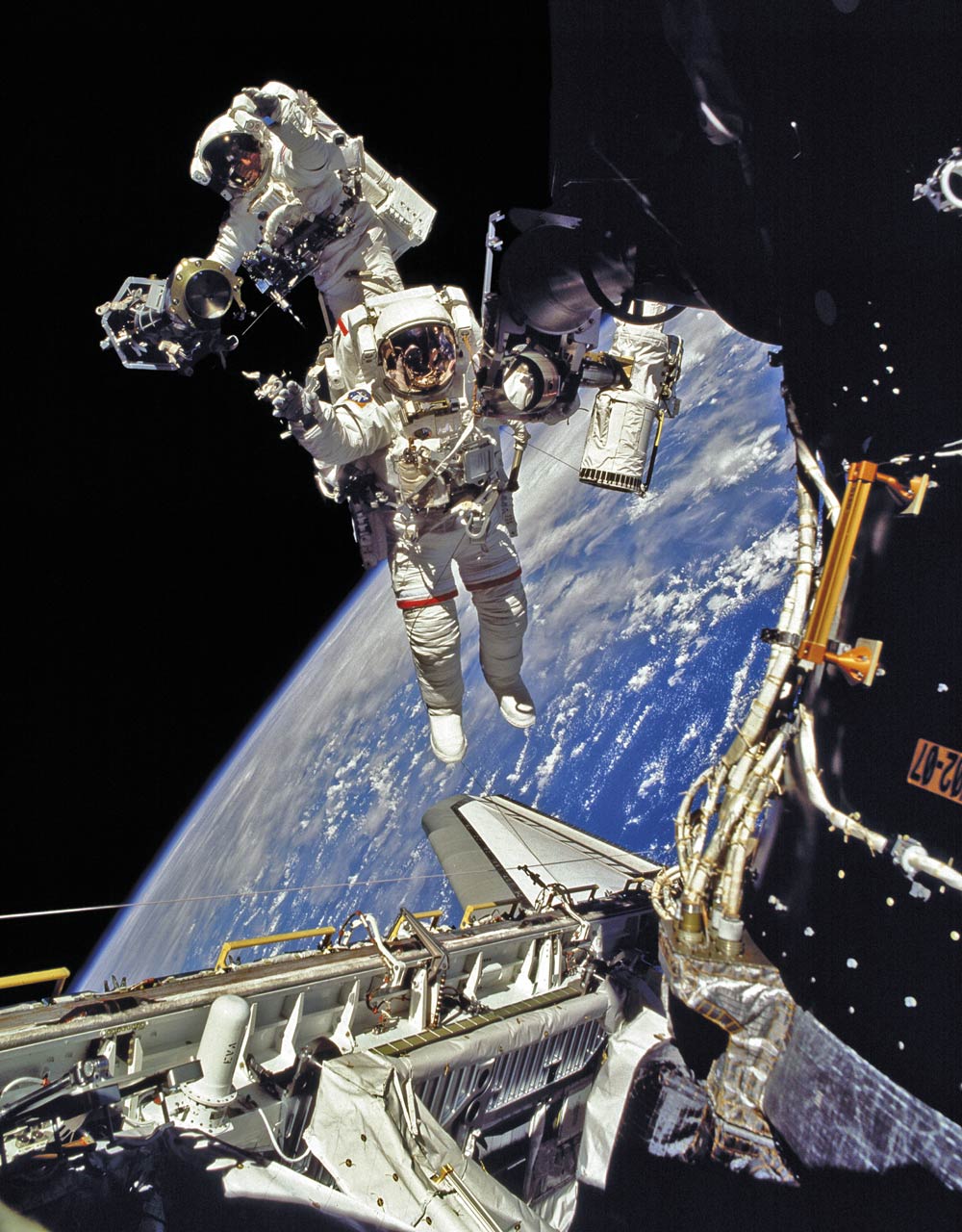 Sprucing up the Station  Twenty years ago this week, the space shuttle Atlantis was launched on a ten-day mission to resupply the International Space Station and boost it into a higher orbit. Seen here, astronauts Jeffrey Williams (bottom) and James Voss work with the newly delivered main boom of the Russian Strela crane, which they later attached to its operator post. The pair also secured a U.S.-built crane that was installed on the station a year earlier, replaced a faulty antenna for one of the station’s communications systems, and installed several handrails on the station’s exterior. The STS-101 mission was also notable because it was the first shuttle mission with a glass cockpit, a new suite of 11 full-color flat-panel displays that replaced 32 outdated mechanical cockpit instruments and gauges.