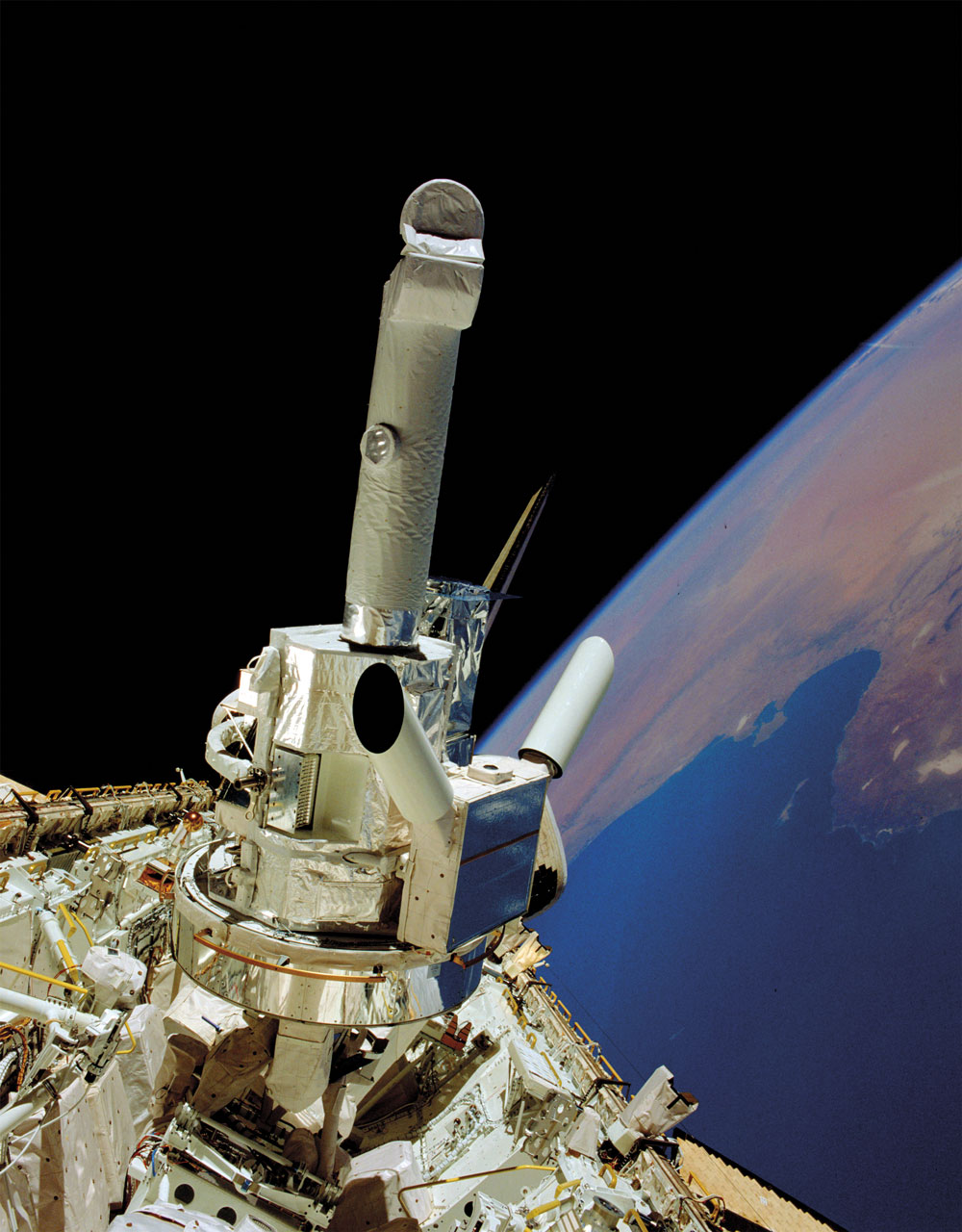 Orbital Cola Wars  The STS-51F mission, which lifted off 35 years ago this week, saw seven astronauts spending eight days on the space shuttle Challenger. The main task was using Spacelab 2, a reusable modular scientific laboratory housed in the shuttle’s cargo bay, to conduct experiments in life sciences and physical sciences, including astronomy. One of the instruments connected to Spacelab 2 was an infrared telescope, seen here, which was used to make observations of 60% of the galactic plane. The crew also tested two competing designs of soda cans (one made by Coke, the other by Pepsi) to address the difficulty of drinking carbonated beverages in zero-gravity. Both designs worked, but the astronauts preferred Tang because it could be served cold, and the soda cans could not be refrigerated.