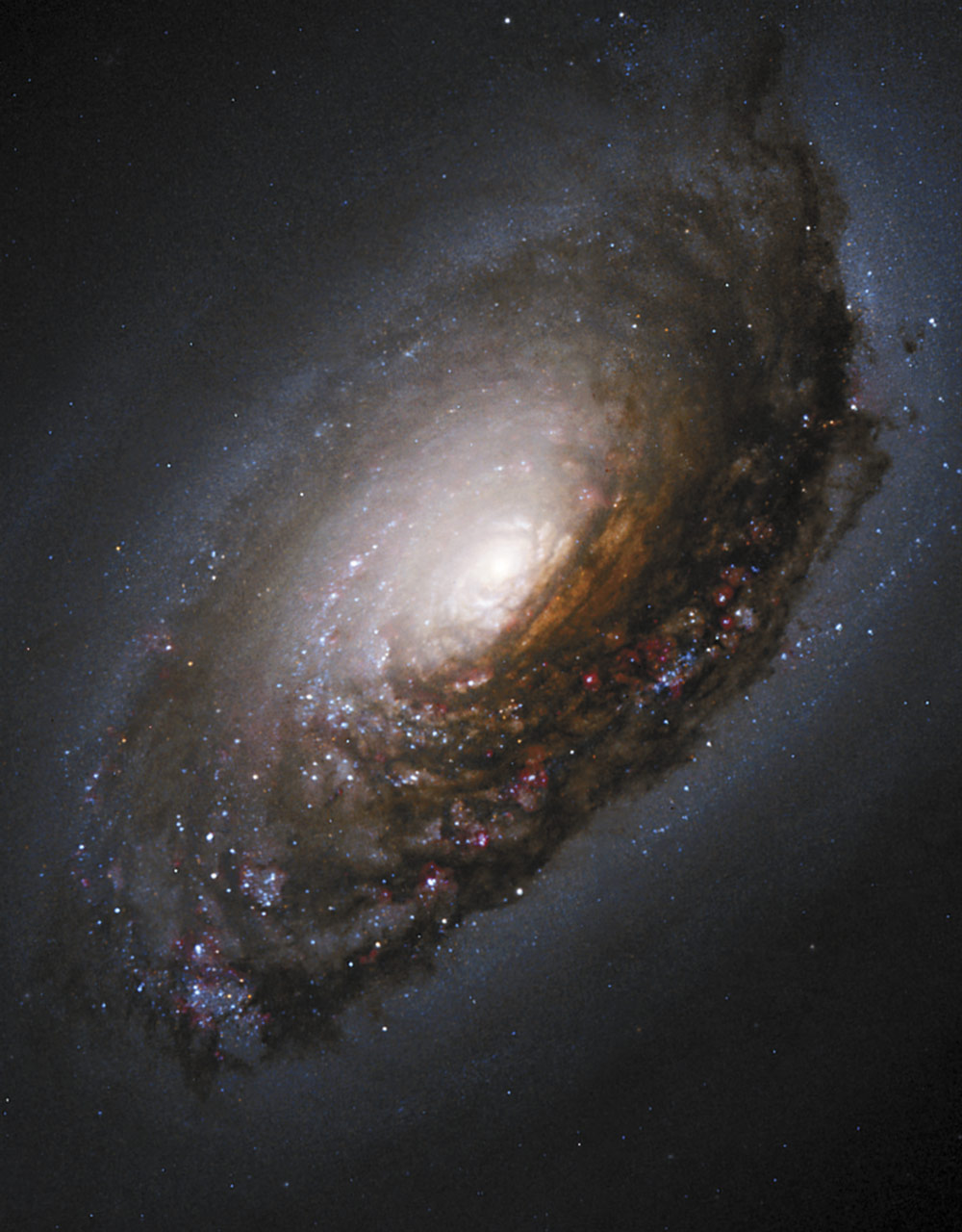 Galactic Brawl Leaves a Bruise  The collision of two galaxies resulted in a merged star system with an unusual appearance and bizarre internal motions. M64, nicknamed the “Black Eye” galaxy because of the dark band of absorbing dust in front of its bright nucleus, lies somewhere between 17 and 24 million light-years away. Unlike most spiral galaxies, the interstellar gas in the outer regions of M64 rotates in the opposite direction from the gas and stars in the inner regions. New star formation (signified by pink gas clouds and hot blue stars in this Hubble image) is taking place where the oppositely rotating gases collide, are compressed, and contract. Astronomers believe that the oppositely rotating gas arose when M64 absorbed a small satellite galaxy that collided with it about one billion years ago.