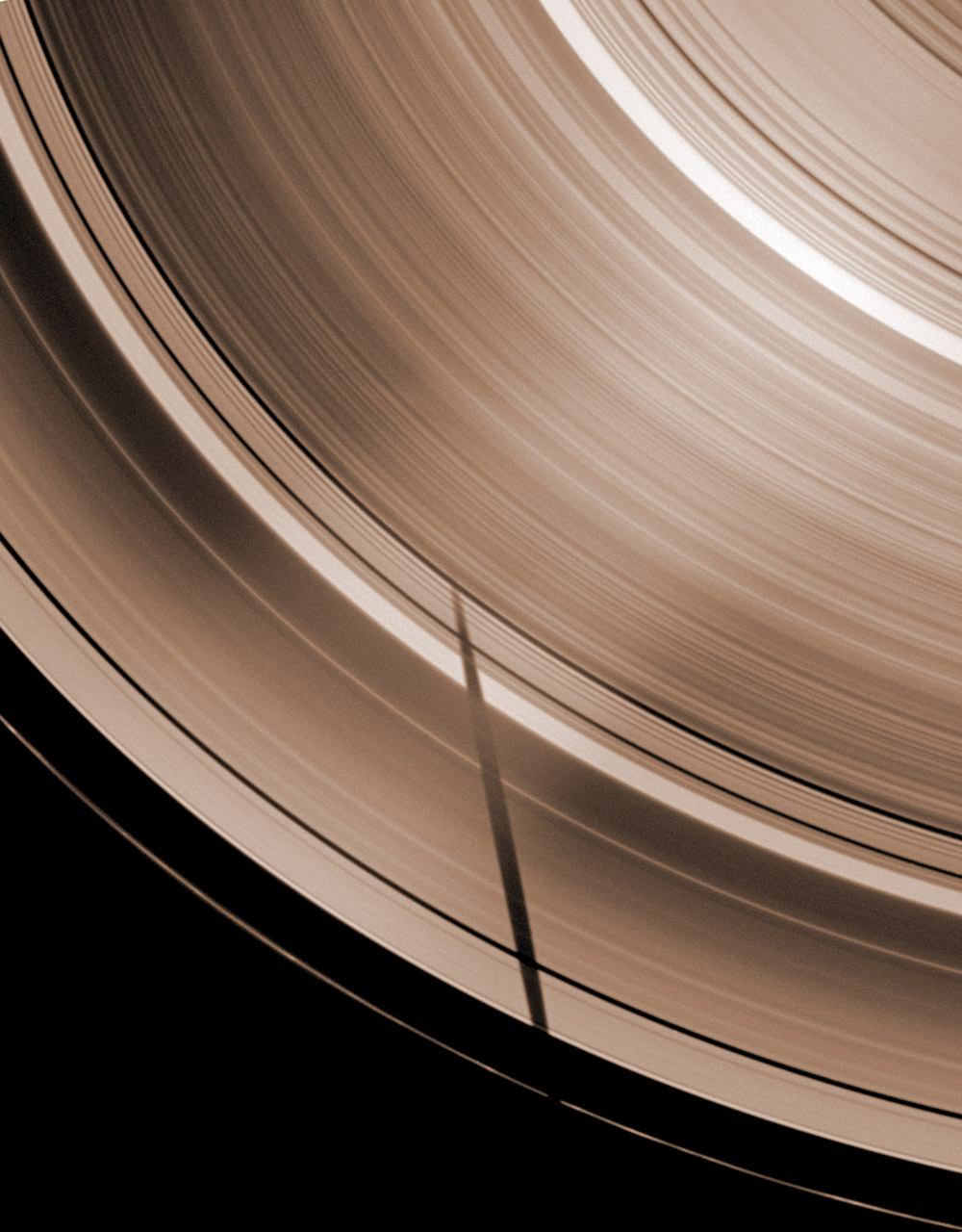 Delicate Dance of Shadows  Every six months the Earth’s axis of rotation is neither pointing  toward the Sun nor away from it. At these times of equinox, or equal night, the Sun appears directly overhead at the equator at local noon, and days and nights there are exactly 12 hours long. Because Saturn takes much longer to orbit the Sun, an equinox there occurs about every 15 years, but when it does, it sets the stage for a memorable play of light and dark as the shadows cast by Saturn’s moons fall directly on the planet’s rings. In April 2009, four months before Saturn’s equinox, the Cassini spacecraft captured this rare image. The shadow of its moon Tethys falls across the A ring and Cassini Division in this view, which looks toward the unilluminated side of the rings from about 50° above the ringplane.