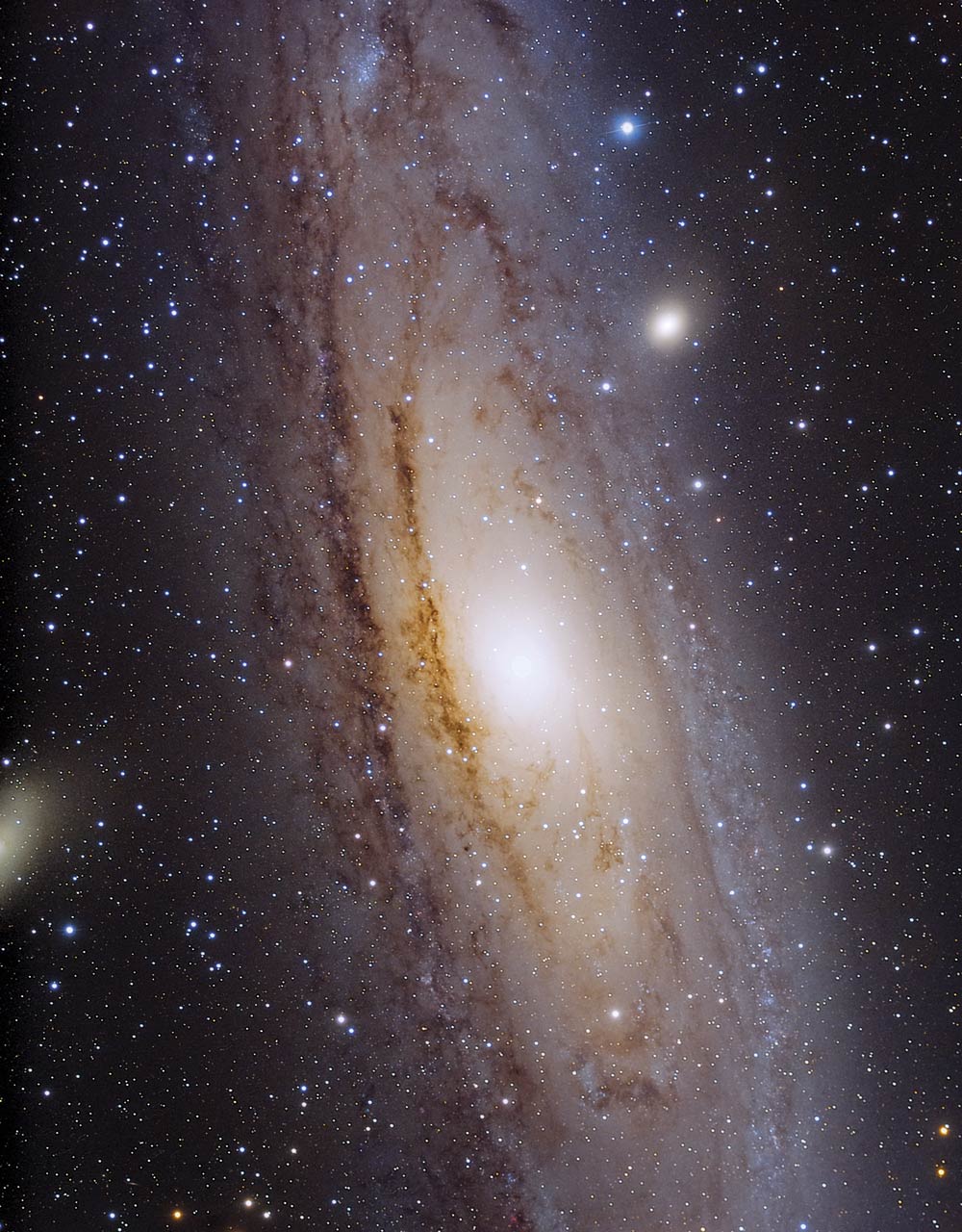 Recognizing Red Shift  An astronomer who you’ve probably never heard of has a name that is nonetheless unforgettable: Vesto Melvin Slipher. Born 145 years ago this week, Slipher spent his entire professional career at the Lowell Observatory in Flagstaff, Arizona, where in 1912 he was the first astronomer to measure the shift in spectral lines of galaxies. This “red shift” gave astronomers a way to measure the immense speed at which galaxies are receding from us. The first galaxy that Slipher measured was the Andromeda Galaxy (above). Slipher’s red shift data was later combined with accurate distance measurements by Edwin Hubble and Milton Humason, who noticed a relationship between distance and speed which formed the basis for a new and profound concept: the expanding universe.