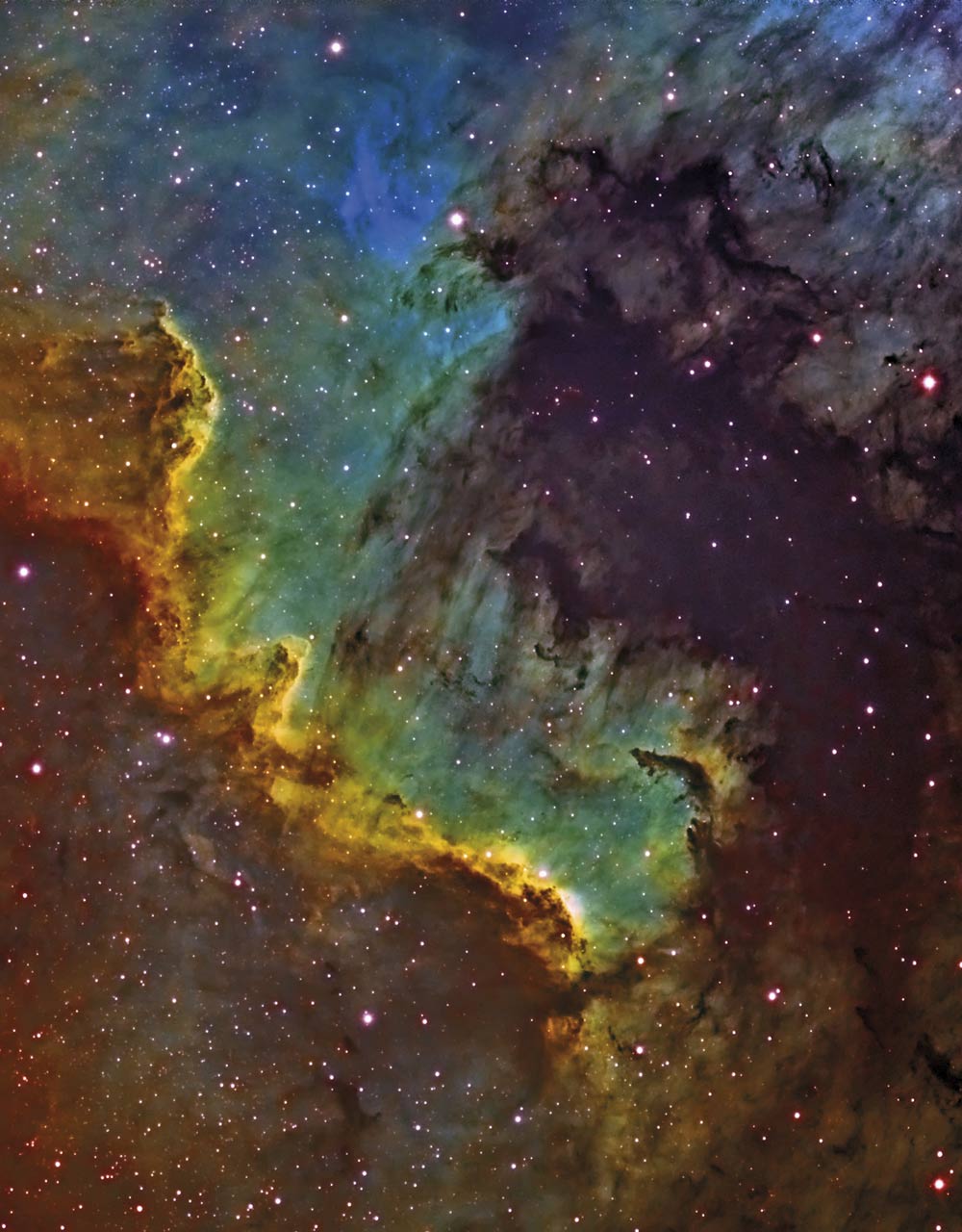 Color My World Many of us take color photographs for granted, but prior to 1861 only black and white images existed. That year, Scottish physicist and mathematician James Clerk Maxwell, who was born 180 years ago next week, devised a method of creating color photos by combining three separate black and white images taken with red, green, and blue filters. This tri-color photography method is still in use today, especially in astronomical imaging, where the “film” is really a monochrome CCD imager, and different filters are placed in front of it for each exposure. This image of a portion of NGC 7000 was made by combining several monochrome images filtered for different wavelengths of light. The resulting images were each assigned a color (red, green, or blue) and combined into the final image.