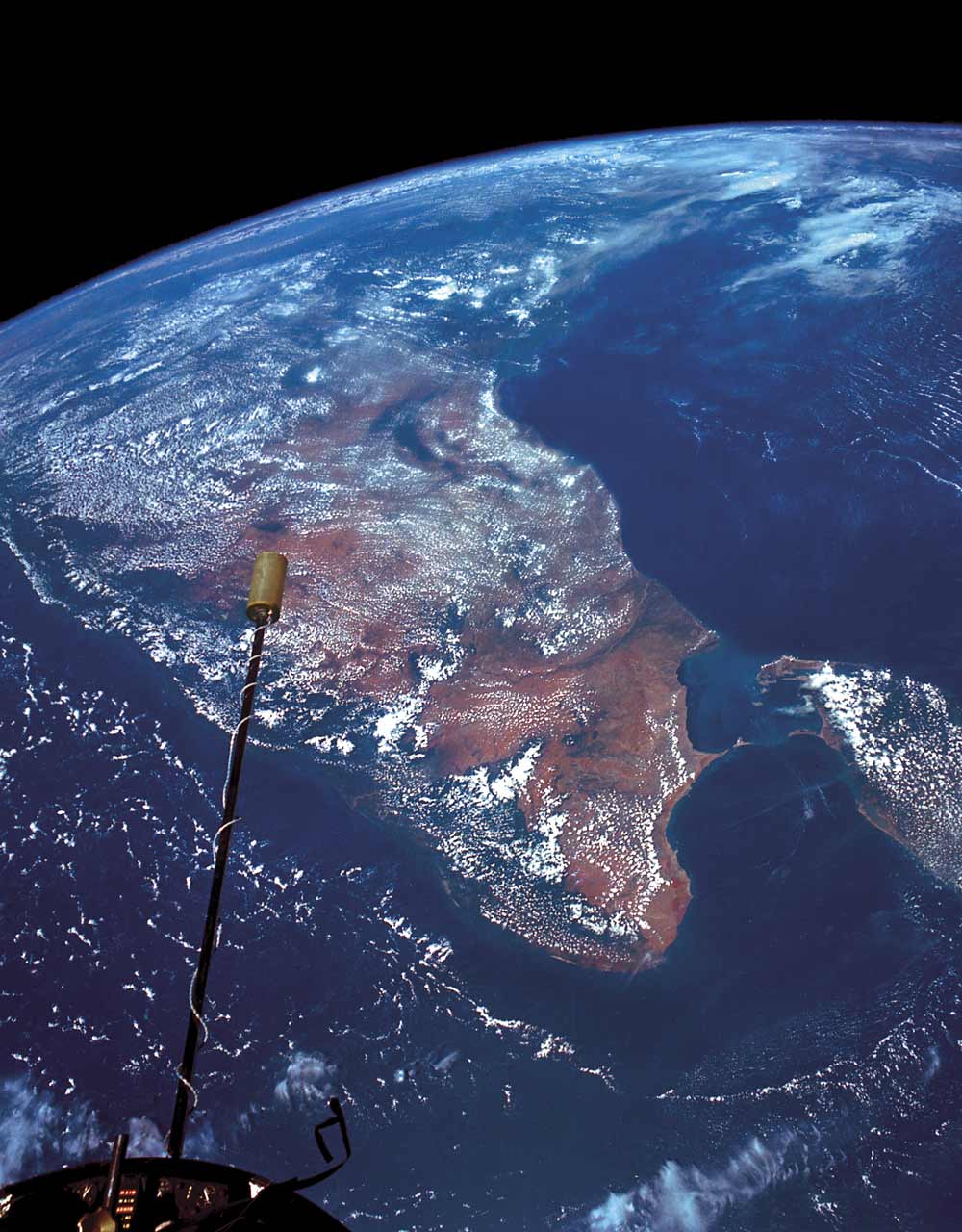 Twins over India The three-day Gemini XI mission, launched forty-five years ago this week, was the most ambitious Gemini mission to date. Gemini XI was the penultimate mission before the Apollo flights began, and by that time NASA had honed its ability to rendezvous and dock with other spacecraft already in orbit—a crucial element in the upcoming lunar missions. Astronauts Pete Conrad and Richard Gordon caught up to and docked with the Gemini-Agena Target Vehicle on their first orbit, and later fired the GATV’s engine to boost them into a higher record-setting orbit 850 miles above Earth. In Gordon’s high-altitude photo of the southern portion of India, the curve of the Earth is unmistakable. This dramatic photo is one of the most often-requested and reproduced images in the NASA archives.