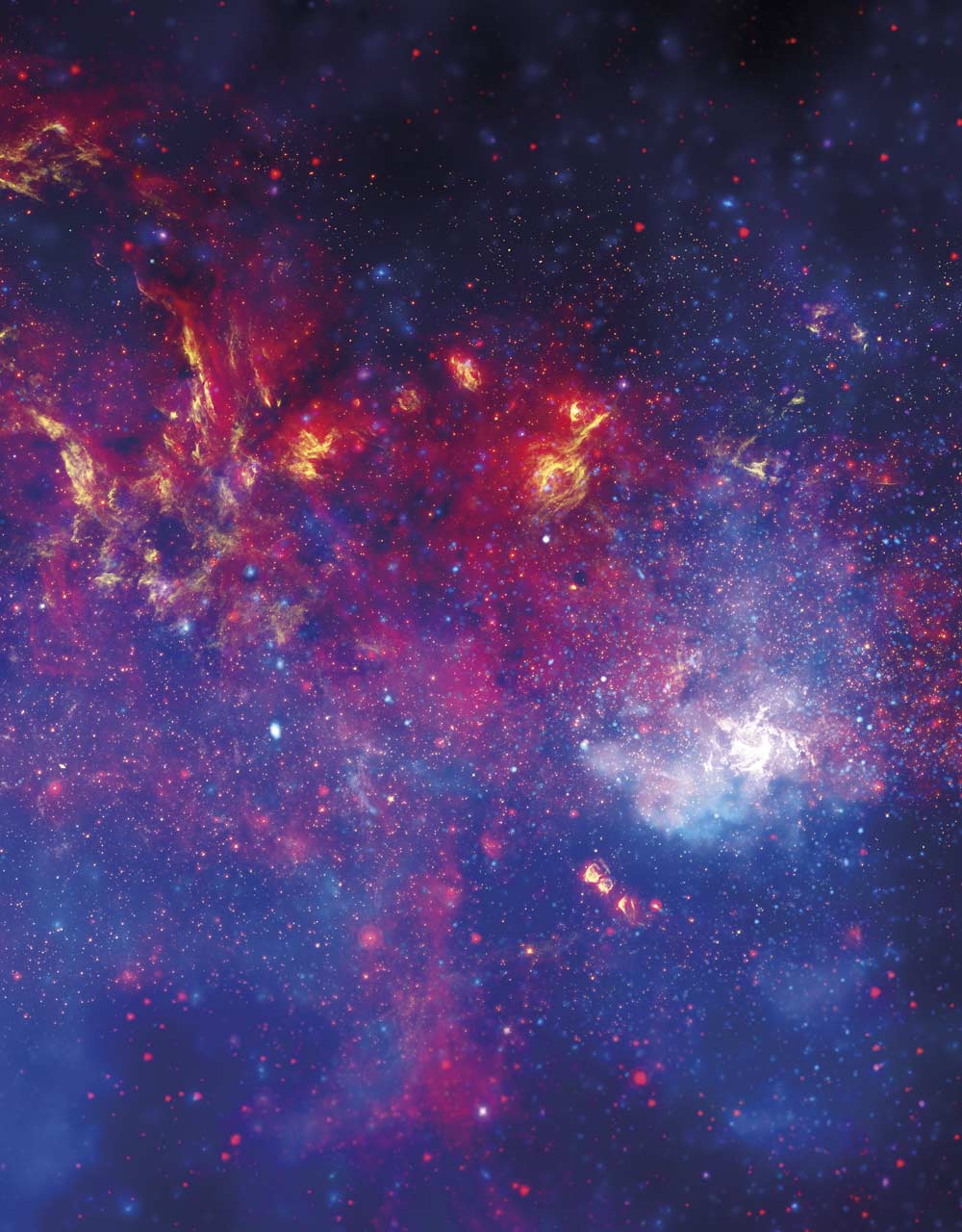 Observatory Mashup Data from three of NASA’s Great Observatories were combined to create one of the most detailed views ever of the core of our galaxy. The near-infrared observations of Hubble (yellow) represent countless stars and energetic regions of star birth. Spitzer Space Telescope’s infrared data (red) reveal radiation and winds from stars that create glowing dust clouds in wildly varying shapes. Imaging from the Chandra X-Ray Observatory (blue and violet) shows gas heated to millions of degrees by stellar explosions and by outflows from the supermassive black hole in the galaxy’s center. The galaxy’s center lies in the bright region to the right of and just below the middle of the image. The entire image height covers about one-quarter of a degree, about half the angular width of the full moon.