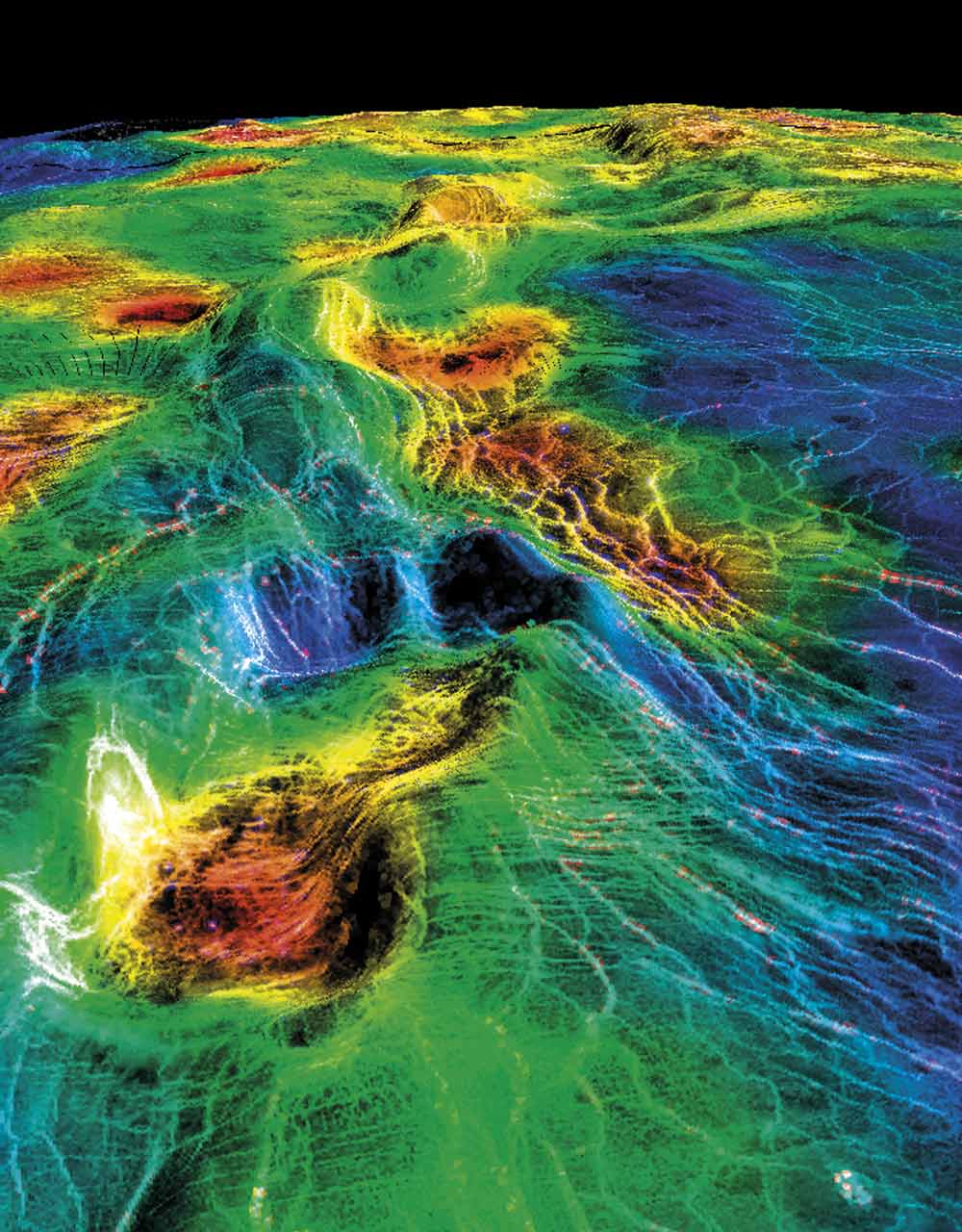 Magellan Turns up the Stereo Launched in 1989, the Magellan spacecraft was the first new American planetary exploration mission in over a decade. Magellan entered orbit around Venus in 1990 and began using its radar to pierce the clouds that perpetually shroud our nearest planetary neighbor. By early 1992, Magellan had completed two mapping cycles covering nearly the entire globe. Its third mapping cycle, which began twenty years ago this week, was dedicated in part to collecting data for stereo images of the surface and filling in areas of previously missing data. By mission’s end in 1994, Magellan had mapped ninety-eight percent of Venus, and created thousands of three-dimensional views, like this half of a stereo pair of images of the lowland plains in the Sedna Planitia region.