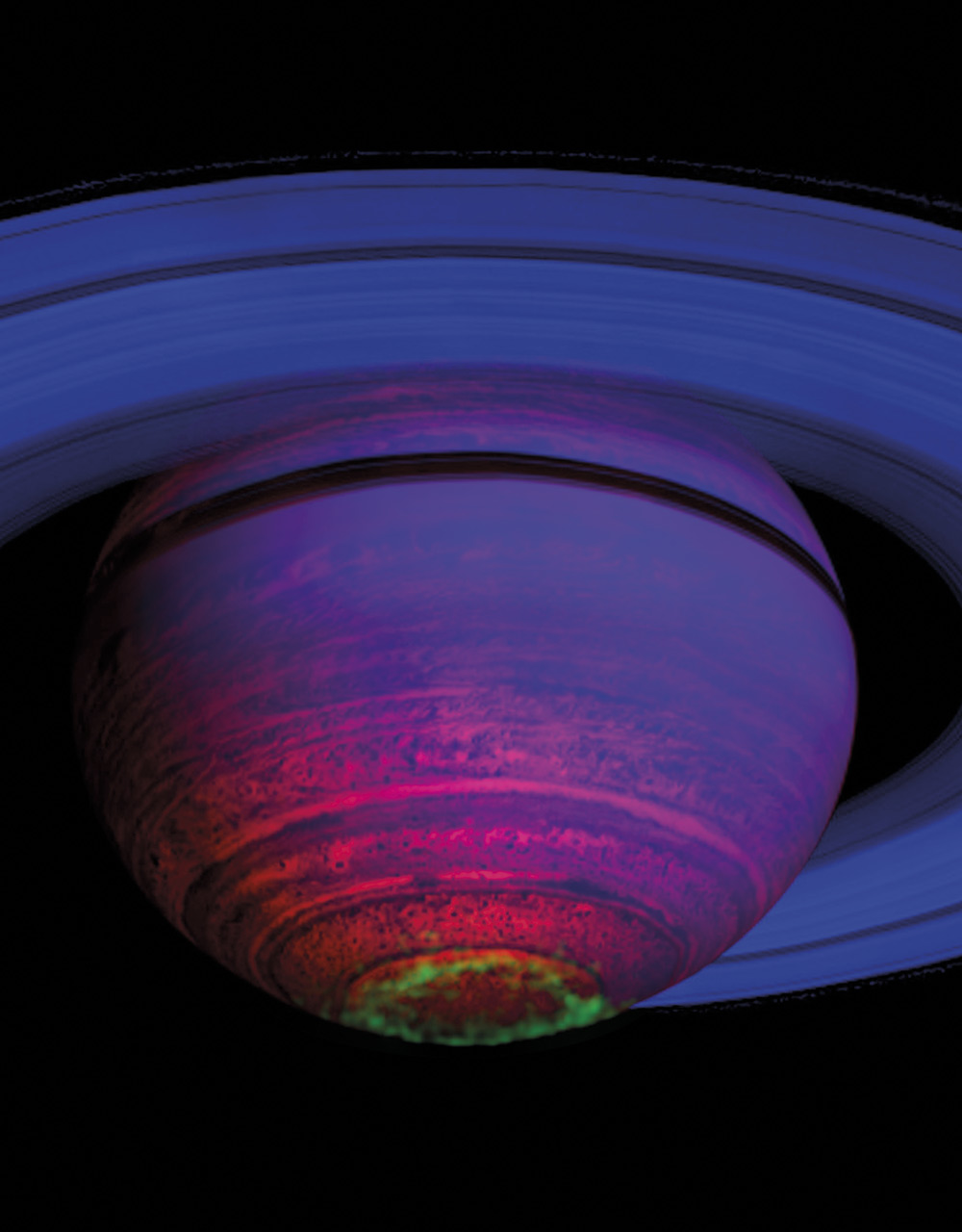 Southern Lights on Saturn Earth is not the only planet that experiences auroral displays (see week of February 13). This false-color composite image, constructed from sixty-five individual observations obtained by the Visual and Infrared Mapping Spectrometer on NASA’s Cassini spacecraft, shows the glow of auroras streaking out about 600 miles from the cloud tops of Saturn’s south polar region. The colors seen here are mapped to different levels of near-infrared radiation: reflected sunlight appears blue, thermal emissions from within Saturn appear red, and the light from hydrogen ions—at the location of the aurora—is represented by green. The dark spots and banded features on Saturn are clouds and small storms that are illuminated from underneath by Saturn’s thermal emission, and thus appear in silhouette.