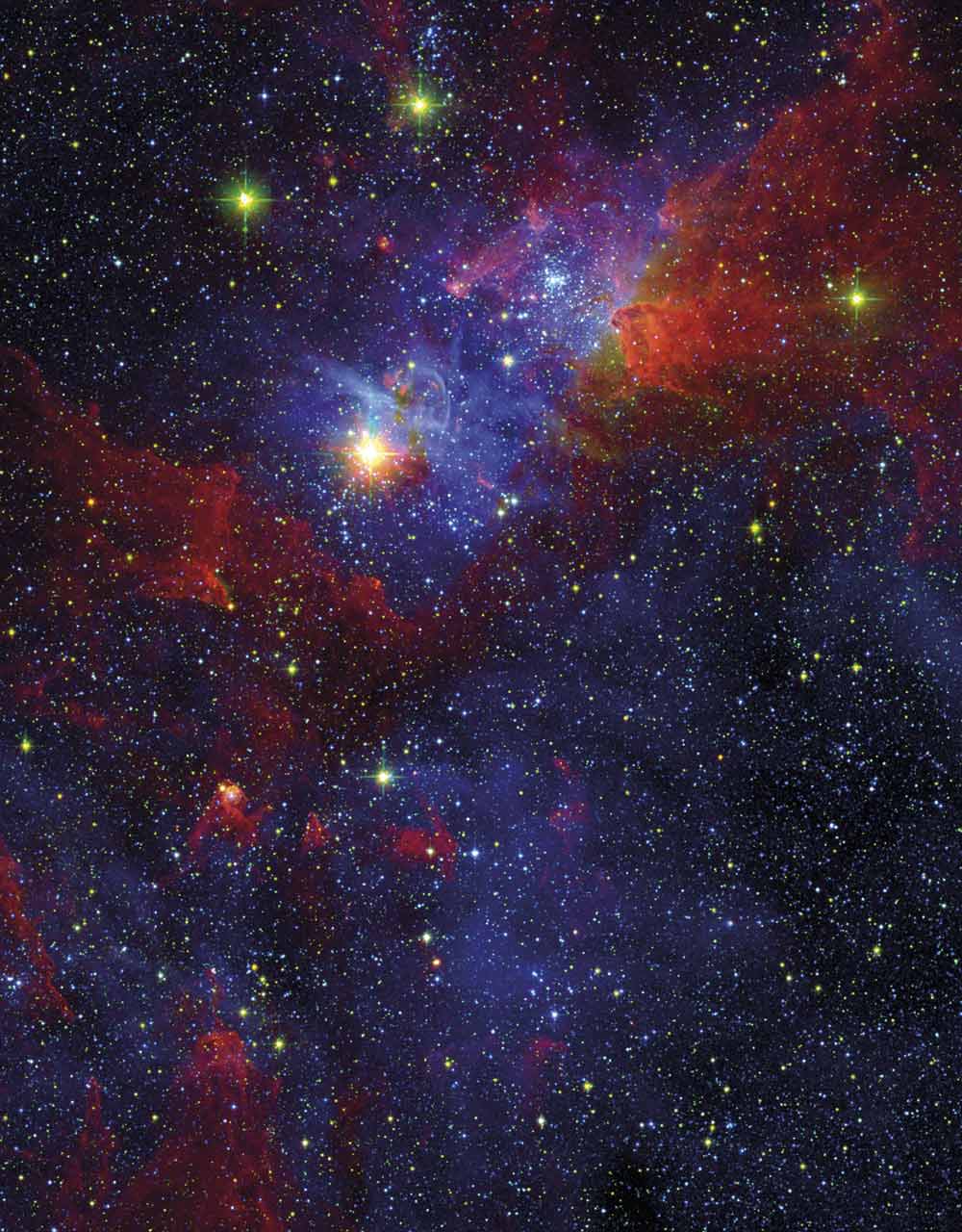 All Eyes on Carina Eta Carinae is one of the most massive and brightest stars in the Milky Way, about 100 times as massive and a million times as bright as the Sun. This famed variable hypergiant star (upper center) is surrounded by the Carina Nebula. This composite image combines visible data from the Digital Sky Survey (in blue), near-infrared data from the Two Micron All-Sky Survey (in green), and infrared data from the Spitzer Space Telescope (in red). Areas that appear blue are not obscured by dust, while areas that appear red are hidden behind dark clouds of dust in visible light. A study combining X-ray and infrared observations has revealed a new population of massive stars lurking within, suggesting that the Carina Nebula will produce twice as many supernova explosions as earlier supposed.